After big inspection in the penal colony № 63 together with the representatives of the Russian Federation Ombudsman — Viktor Nemchenkov and Alexander Malankin, there was a meeting with Head of  Chief Prison Directorate — Sergey Khudorozhkov, Head of Regional Prosecutor offices — Alexander Vasiliyev and the representatives of different law-enforcement bodies, members of Public Monitoring Committee, human rights organization.

The reason for meeting was problematic situation in the penal colony № 63 resulted in hunger strike of members of Public Monitoring Committee near Chief Prison Directorate which is responsible for inspections of correctional facilities.

General Sergey Khudorozhkov said that transfer of convicts to the pretrial detention center is beyond his scope but personally gave a word to transfer them to secure place with videotaping.

Also General said that it won’t be possible to turn off the cameras and center of control will be out of the penal colony № 63. He promised if while being in secure place convicts will complain of physical and psychological abuse, chief of solitary department will be dismissed. These words were said in the colony in the presence of warden -Lopatkin and members of Committee.

On August 20th, 2014 as a part of the common projects, members of Sverdlovsk Committee — Svetlana Malyugina and Larisa Zakharova visited this colony where first of all they have checked those convicts who had been transferred to secure place.

It turned out General Khudorozhkov have broken his promises. In fact so-called «secure place» is located in ward-type rooms department with two cells with cameras. Also one camera is in the corridor. But these convicts have fear for their lives because «activists» keep apply physical force towards them. 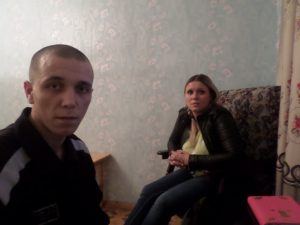 Convict Denis Kabanov told us that the day before we came over, he met a jailer who try to make him turn down his claims. When he refused, jailer left the cell and later several «activists» showed up who were telling him about physical and sexual tortures he would face if he doesn’t do what they want to.

Convict Mikhail Tregubov asked to tape him on video where he told how unsafe he felt now. «Activists» visit him and try to put pressure on him.

Why do «activists» move along the corridors free is a question.

We’ve met with 10 inmates even Sergey Leonov who had earlier given confession how he used to torture people, came over to explain that he was forced to reject his confessions because jailers promised him to extend his term of imprisonment on 6-8 months.

Also it became clear that after human rights inspection nobody came up to them, statements were not taken away.

System protects itself they way it can because there is no choice. Otherwise everything will be ruined to dust even General Khudorozhkov if truth is revealed. Everyone protects his Evil Empire breeding dangerous monster consisting of «convicts-activists».

Hardly system realizes that one day this monster will break free and its power will be devastating.

All the materials from inspection have been sent to the Office of the Russian Federation Ombudsman, the Investigative Committee and Regional Prosecutor office.