Today in Verkh-Isetsky regional courthouse of Yekaterinburg at 5 pm there was the first court hearing against member of Public Monitoring Committee -Olga Ivanovna Dianova; the judge was Ekaterina Terentieva.

Let us remind that members of Sverdlovsk Public Monitoring Committee — Larisa Zakharova and Olga Dianova were being on a hunger strike for 8 days in front of the building of the Federal Service for Execution of punishment protesting against torture system in the penal colony № 63 where inmates are being tortured and raped and law-enforcement bodies hide these offences.

During those days of hunger strike police didn’t have any problems with members. However on August 11th when one more member has joined them — Svetlana Malyugina — protocols on administrative offences have been drawn up towards Larisa Zakharova and Olga Dianova as if they were participating in unsanctioned picket. 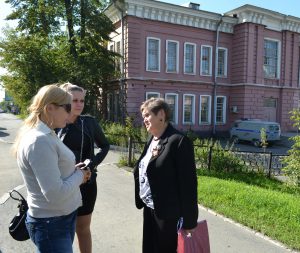 Several times court hearings have been cancelled because of other hearings of the judge Ekaterina Terentieva.

At the trial appointed on August 26th, 2014 both women have been called up by telegrams which said to be present at 5 pm. However, trial was only against Olga Dianova. She was represented by attorney Olga Chanturiya. Court decision will be handed down tomorrow on August 27th at 9 am. 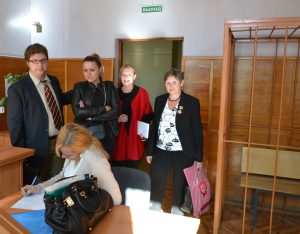 Court hearing against Larisa Zakharova has been put off on August 27th, 2014.

Meanwhile members and their attorneys are not sure about good results in these cases because of reputation of the judge who is famous for her decisions which don’t comply with the laws. 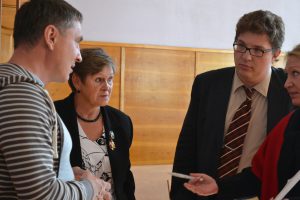 Well… We’llsee… Anyway women will be brought to administrative responsibility but European Court of Human rights will definitely consider this situation as violation of human rights. European Court has big practice in this sphere. One of the most famous cases is Boris Nemtsov vs. Russia. Now State owes him 26 000 Euros because of fake administrative case.