On September 10, 2014 human rights group inspected Ivdel penal colony № 63 as a part of the project «Public service for penitentiary control in the Ural Federal District».

Members of Sverdlovsk Public Monitoring Committee — Svetlana Malyugina and Dmitry Antonenkov have checked the premises of ward-type rooms and convicts who previously had been put in secure place.

Those who had asked members foe help with their statements, wanted to speak to members of Committee without participation of the representatives of administration.

In the course of these meetings some of convicts explained that officials from Investigative Committee had visited them and they had to turn down their testimony. What was the reason for changing their minds, we can guess.

Let us remind that on September press-agency of Investigative Committee in Sverdlovsk region shared a press-release upon a fact of termination of inspection on tortures in the penal colony № 63. It says there: «in the course of inspection investigator on his own was questioning the applicants together with medical expert of Sverdlovsk regional bureau of court medical examinations, after each interrogation every convict had been through medical check-up. The results had confirmed absence of bodily harm. Also officers of correctional facility had been interrogated.

Summarizing the results facts of threatening towards prisoners were not found as well as facts of application of illegal measures of physical pressure were not confirmed (in the course of inspection facts of tortures were not proved by convicts themselves. 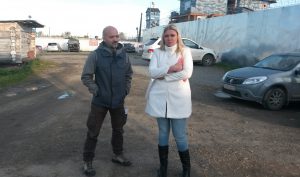 This case it’s important to point out a facts that in the course of pre-investigation check the reasons why several convicts had decided to write applications about illegal use of physical force towards them were stated; according to convicts, they did it in order to be transferred from correctional facility № 63 to some others which are located closer to their place of living; in order to receive parcels and meet with their family members.

Having regard to all circumstances, on August 30, 2014 investigator made a decision not to initiate criminal proceedings under p.1, art.24 of Code of criminal procedure due to lack of corpus delicti.»

Convicts-applicants told members that they even didn’t see official refusals. But according to them, convicts were informed that upon their applications next inspection had begun there. The thing is the representatives of Ombudsman of the Russian Federation who visited this colony together with members of Committee and the chief of the Federal Service for Execution of punishment came to other conclusions. They drew an application with all facts of tortures and sent to Investigative Committee. Apparently, investigators have already received these documents and begun inspection.

Will they be able to avoid applications of Ombudsman of Russia? We will see. If investigators do their best to get testimony from all convicts-applicants, they will find those who won’t refuse their testimony. 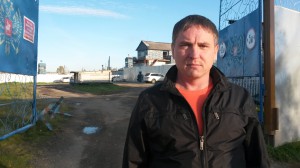 Together with members of Committee arrived Director of NGO «LEGAL BASIS» — Aleksei Sokolov in order to inspect convicts and try to protect them. In the morning he registered his application but he was waiting for all day long at warden’s office. Administration of colony didn’t let human rights defender again to people who really need help.