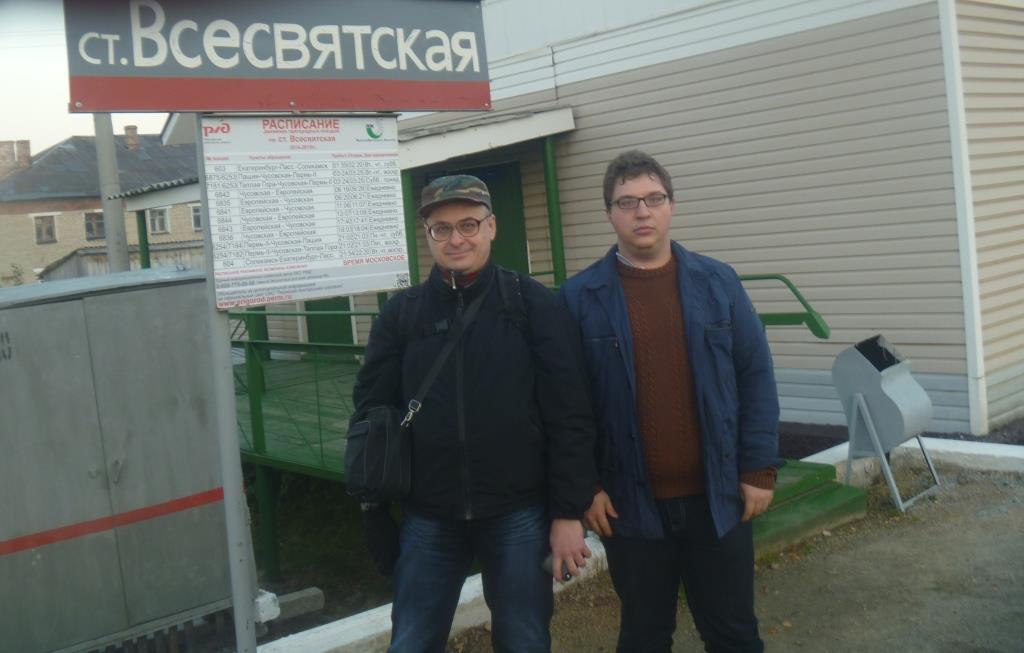 Last week on September 23d there was human rights trip to the correctional facility № 10 of Perm region. Mobile human rights group consisting of attorney Roman Kachanov, coordinator of «Yekaterinburg Movement against violence» and expert of «Transregional center of human rights» — Gleb Edelev came there to visit convict Boris Stomakhin because of his mother’s appeal.

The penal colony № 10 is located at the station Vsesvyatskaya not far away from Chusovoy and it takes 8 hours to get there from Yekaterinburg. They say it’s faster by car but defenders didn’t have such opportunity.

The station Vsesvyatskaya is «geographic hole» where cell phone signal is not available. Despite this, human rights defenders were surprised with presence of so-called hotel, where you can somehow have a rest. Hotel is located at the colony and it’s not independent facility — even price list is approved by warden of the colony № 10. At check-out human rights defenders have got receipts with sign «the penal colony № 10» and it seemed like they’ve spent time in the colony …

Unfortunately, there is not cafe or any place to eat but there are  two shops and you can eat in your room.

Convict, whom defenders were visiting, is not usual — he is sentenced under several «extremistic» articles of the Penal Code. This person is with absolutely civil (not criminal) type of personality and he has his own radical points of view. It’s known that there are a lot of public activists and human rights defenders who consider him as a «political prisoner».

After long conversation with defenders it became clear that it’s useless to detain such people like him — these measures don’t help to «change» them but they will assist to tough behavior. Definitely, such person like Boris Stomakhin who is serving his second sentence for his radical man-hated and outraged ideas, he hates State system for being there. We can understand him somehow… And you must not detain these people.

Thank to new warden of the penal colony № 10 — Vidadi Alahyarovich Gasanov, cooperative meeting of attorney and human rights defender with B. Stomakhin went confidentially without any problems during 4 hours according to the law.

According to B. Stomakhin himself, he was a subject to physical force or tortures. However all the time officers from some secret organization come over to him. He said living conditions is better than in Burepol of Nizhegorodkaya region where he used to serve his first sentence.

Also Stomakhin told that day his punishment in solitary has ended for fake (according to him) disciplinary violation. He was put in the preventive list for: extremism, suicidally inclined and prison breaking.

In the course of meeting human rights defenders and B. Stomakhin have signed power of attorney for representation of his interests in State bodies and courts; they filed relevant application to the colony administration. We hope that warden will comply with requirements of law.

After this meeting it became clear  that his mother got there from Moscow and she was admitted to the colony according to Law.