MENUMENU
Главная News In Moscow it was taken stock of three-years work of the Russian...
Поделиться
Твитнуть 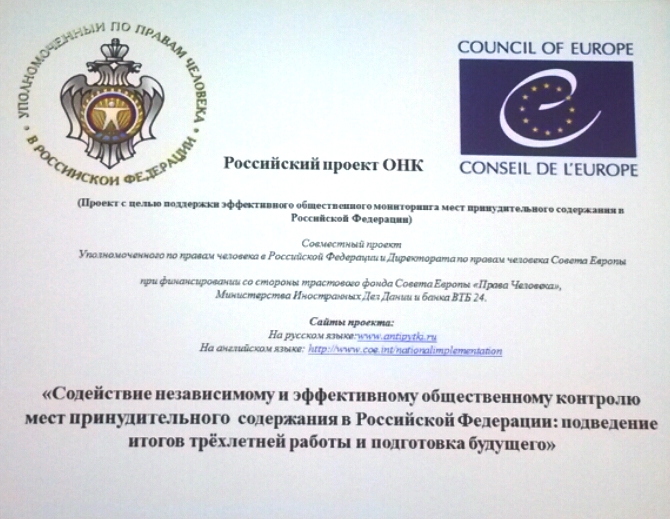 On September 25th, 2014 in Moscow was held international conference under the Russian project of Public Monitoring Committee with purpose to support effective public monitoring for correctional facilities in the Russian Federation: «Assistance in independent and effective public control of correctional facilities in the Russian Federation: progress review of three years work and preparation for the future». 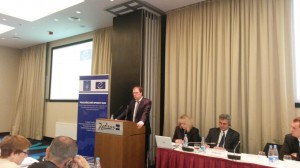 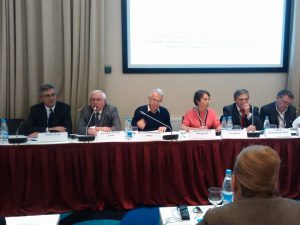 Recently elected Ombudsman Ella Pamfilova while delivering her speech, she was suggesting her ideas upon public monitoring of correctional facilities.

During the conference Markus Eger, head of national structures department on human rights, penitentiary facilities and police of General Directorate of Europe Council and co-chairman of this project said that this project has helped to increase professionalism of members of Public Monitoring Committee and told about new project in sphere of public control in correctional facilities execution of which is planned to be in 2015-2018. 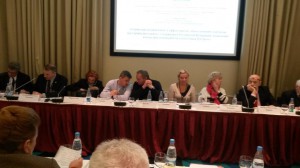 The representatives of Public Monitoring Committees from different parts of Russia have got an opportunity to share their ideas how to improve the project and how to deal with problems members face in their work. 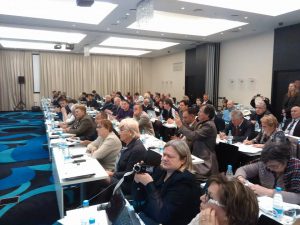 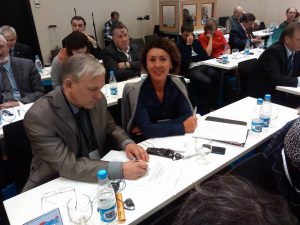 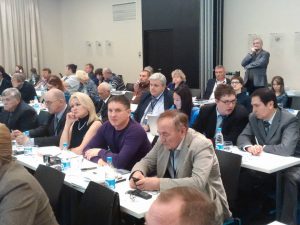 Members of Public Monitoring Committee and human rights defenders of the Sverdlovsk region also took part in project work, in the course of the conference they’ve discussed the most essential issues and took pictures.