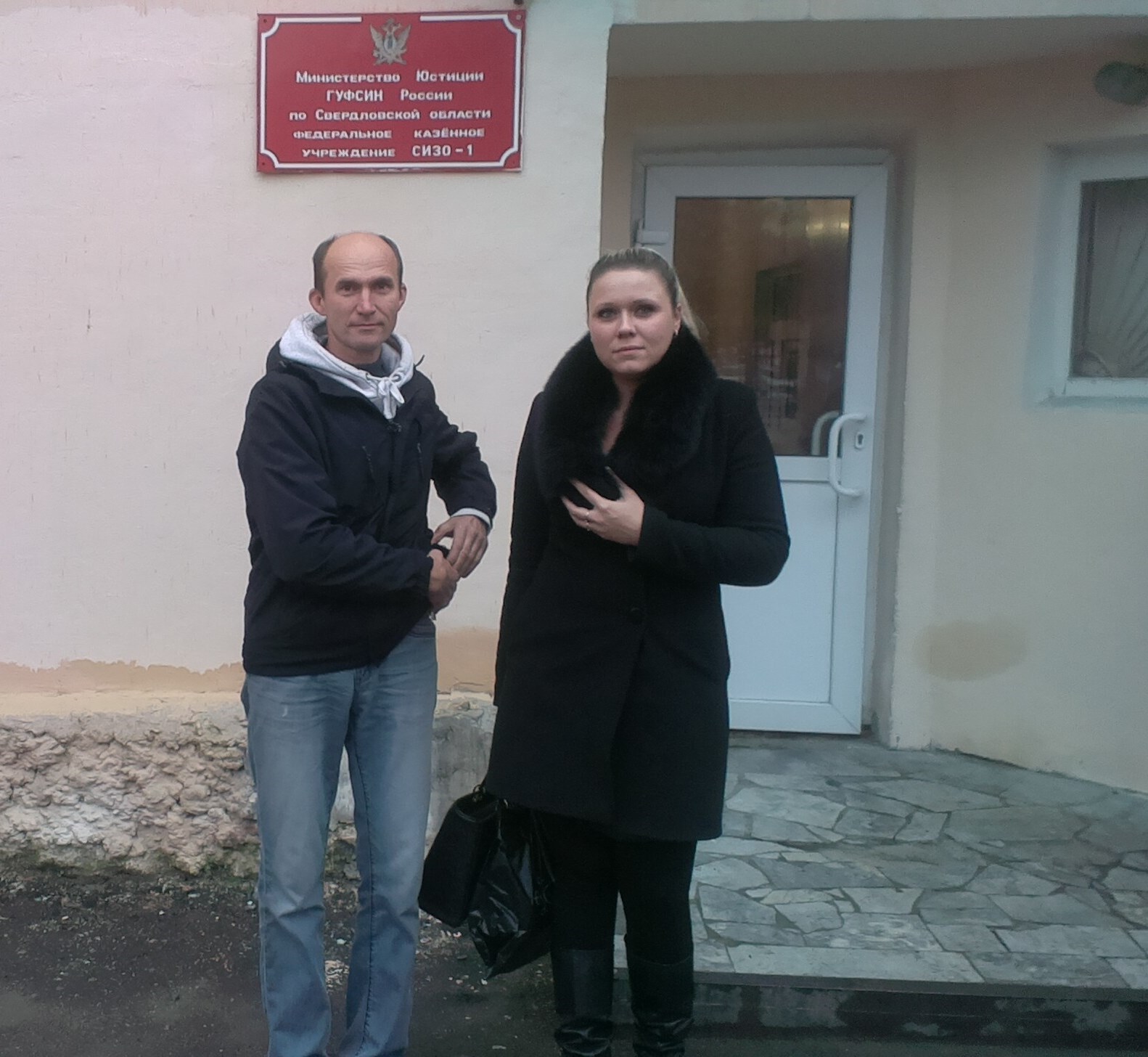 On October 6 2014 as a part of the project «Public service for penitentiary control» members of the Sverdlovsk Public Monitoring Committee — Svetlana Malyugina and Sergey Kirillov together with expert of Fund «For convicts’ rights protection» -Larisa Zakharova visited the pretrial detention center-1 of Yekaterinburg.

The purpose was inspection of the facility and search for convict. Sh. who had been arrested by policemen. Relatives of him are looking for him for 5 days.

Let’s remind you relatives have applied to Human rights defenders of the Urals asking to find him in the penitentiary system.

Earlier he had been arrested and according to officers of temporary containment cell of Pervouralsk and transferred to the pretrial detention center-1 of Yekaterinburg in a sorry plight.

Before that on October 5th 2014 members of the Sverdlovsk Public Monitoring Committee — Svetlana Malyugina and Larisa Zakharova were looking for this convict in the penal colony № 2 of Yekaterinburg.

There was no him in the pretrial detention center-1 either, members have checked conditions of detainment in several cells and Larisa Zakahrova as expert of Fund has conducted legal consultations with convicts. There were no special complaints except broken tap in the one cell.

Toward evening it became clear that convict Sh. was in the temporary containment cell of Pervouralsk but officers said to the relatives of this convict that he had been transferred to Yekaterinburg. But defenders couldn’t find him either in the pretrial detention-1 or the penal colony № 2.

Human rights defenders will be monitoring this situation.