MENUMENU
Главная News Ivdel. Inmates are being tortured, prosecutors are hiding it, «convicts-activist» are getting...
Поделиться
Твитнуть

On October 8-10 2014 as a part of the project «Public service of penitentiary control» members of the Sverdlovsk Public Monitoring Committee -Svetlana Malyugina and Larisa Zakharova inspected Ivdel correctional facilities.

The reason  for inspection was information about beating of convict B. As a part of the project members talked to five convicts including convict B. Information about beatings has proved. Convict B. told members of Committee that the first time he was beaten on October 6 upon arrival at the facility № 58. According to him jailer Dubrovin was beating him. Then attorney of him came over there. After she left again he was beaten by Dubrovin in presence of «convicts-activists». Later convict B. was transferred to the penal colony № 55 but when he was transferred back he was a subject to tortures again.

Other convicts didn’t complain of beatings.

However members of Committee found out that convict S. was questioned by officers of Prosecutor office in September 2014 even if his complaint was filed in March 2014. It’s exactly how Ivdel prosecutor office works in correctional facilities!

They work not for real inspection, finding guilty ones but for hiding crimes of «officers in uniform». 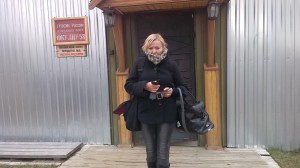 The next days members of Committee -Larisa Zakharova and Svetlana Malyugina were checking the penal colony № 63. 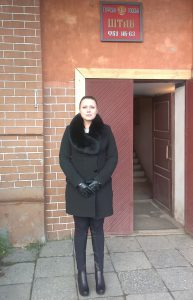 Convicts from squads № 3,4 wanted to see members. But when it came to personal meetings, the representatives of administration began to bring written refusals from meetings. After two such refusals public activists decided to go straight to squads and speak to convicts there.

When members of Public Committee came into the squad, convict U. run to them asking for protection because he feared for his life. Activists immediately went with him to premises where he wrote out statement.

Convict U. told that since May jailers have been hiding him from Public Monitoring Committee and he was a subject to physical and psychological pressure. Because of that he had to apply to public activist.

Members of Committee decided to stay over in Ivdel one more day in order to keep an eye on this convict.

During this visit administration informed that convict U. refused to be in secure place after activists left the facility. Administration offered to find out the reasons personally. Having gone to the squad, members asked about refusal and convict U. replied that his request was a joke.

Later activists called up convict T. who was in secure place since August 2014. Convict T. was in emotional condition and he was under psychological pressure by jailer-inspector Rembresh.

In the course of inspection public activists visited the squad № 6 which is located on the first floor of ward-type rooms and looks like small premises with two storied plank beds.

There «convict-activist» B. obstructed public inspection, didn’t allow members to step inside of  living section of the squad, distracted them. He also didn’t let members write down information from bed tags because they were covered with towels. He misbehaved, demanded to leave premises. Even after Svetlana Malyugina asked inspector on-duty to stop it, inspector didn’t react at all. Only after officer E.Yu. Gaince made a comment to convict B. and ordered him to step away, members could finish their work.

Public inspections and work of activists in the facilities of Ivdel are going on..