On 25 October 2014 in Tyumen panel discussion was held regarding: «Situation with human rights abidance in correctional facilities and ways to cooperation in the area of protection of convicts’ rights » which was organized by Tyumen Regional Supporting Fund for rehab facilities «Way to Life». 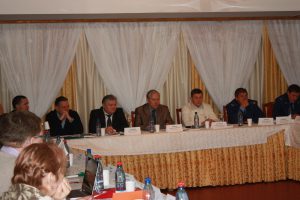 All the them could deliver their speech and share position in human right protection. The most interesting happened between Ombudsman under the Federal Service for Execution of punishment in Tyumen region — V.S. Mogilevich and the representatives of members of Public Monitoring Committee from various regions. 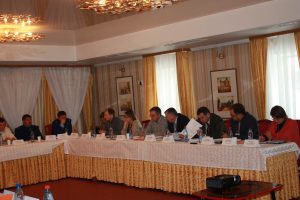 Public Monitoring Committee of Chelyabinsk region brought a lot of printed publications in order to share experience and help other Committees.

Public Monitoring Committee of Kurgan region was very active in their speaking and also shared their big experience. 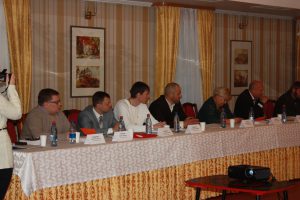 Members of Public Monitoring Committee of Ural Federal District agreed about next meeting and inspect a correctional facility of Tyumen region having got permission from the representative of the Federal Service for Execution of punishment. Everybody had positive impressions after panel discussion.

Mikhail Morozov, the Chairman of  Public Monitoring Committee of Kurgan