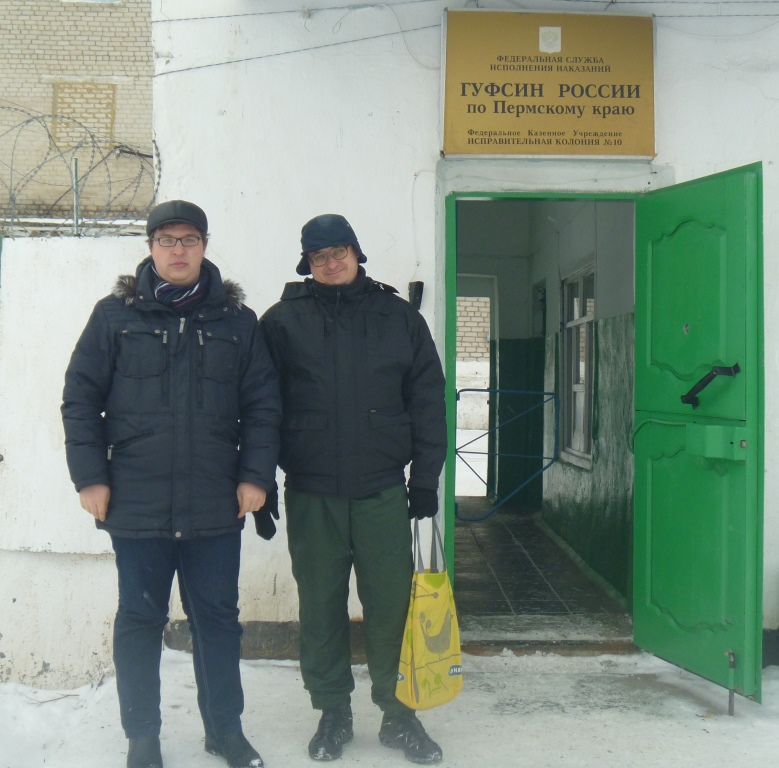 As a part of the project «Public service for penitentiary control» there was human rights trip of attorney Roman Kachanov and expert of Trans regional public organization «Transregional center of human rights», coordinator of «Yekaterinburg Movement against violence» -Gleb Edelev to the penal colony № 10 from 26 till 28 of October 2014 for the  purpose of  legal help for a convict who had applied to them.

In the penal colony № 10 they have met with a convict -Boris Vladimirovich Stomakhin.

Again we should give dues to administration of colony — a meeting happened without any obstructions; after studying all the papers: ID of attorney and order of Roman Kachanov, ID of Gleb Edelev as an expert of Trans regional public organization «Transregional center of human rights», Charter of organization, powers of attorney.

By the way.. as for powers of attorneys… Powers of attorneys of Boris Stomakhin for attorney Roman Kachanov and Gleb Edelev which were left for endorsement one month ago, they were notarized by warden and sent back to Roman Kachanov… In fact, it’s very rare that administration has such responsiveness towards convicts and human rights defenders. Anyway in correctional facilities of Sverdlovsk region attorneys, human rights defenders and relatives of convicts face a problem of notarization of power of attorney all the time and they have to seek justice in courts and it takes much time, of course.

Also it’s worth to mention that according to a decision of the Supreme Court of the Russian Federation, administration of the facility has allowed Roman Kachanov to have at the  meeting with him voice recorder and camera.

Besides, Roman Kachanov earlier has filed a request to provide him with all the materials concerning disciplinary fines of convict Stomakhin and registration for preventive list. Officer of the facility has provided Roman with all notarized copies of documents. Unfortunately, materials referring to disciplinary fines have not given yet but officers promised to send them asap.

So we don’t have complaints of administration; they abide all the rights of a convict to have legal help from defenders.

As for situation with Boris Stomakhin…

This convict has had already thrice in this facility in solitary. After the last detainment into solitary he has been declared to be deliberate violator of colony rules and later he will be transferred to squad under strict conditions of serving sentences.

For example, the first punishment was for as if he talked to officer rudely. Boris says he always speaks to people politely.

Other two solitaries are connected with that he refuses to work there. It’s not clear yet what it means. Apparently, it says about failure to comply with art.106 of the Penal Code. Meanwhile, Boris earlier has written a statement about release from work due to health condition (consequences of trauma of spine happened after his first arrest). Now he moves with gimp stick. 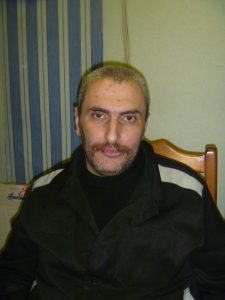 Due to complaints of Stomakhin, Roman Kachanov questioned him and drew up act of attorney interrogation. It was conducted with audio recording and photographing. 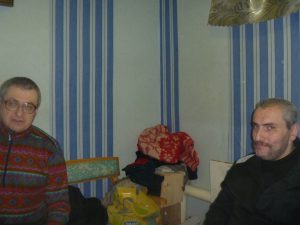 Human rights defenders promised they would challenge these disciplinary fines and preventive lists.

Besides, he complained of bugs and lice in the squad. He showed his arms; on the forehead there are also related injuries. 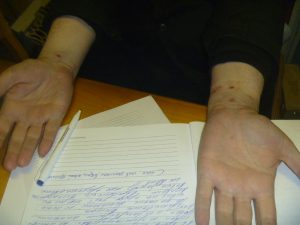 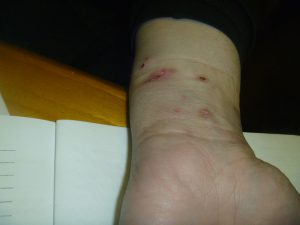 In the course of short-time meeting with his mother — Regina Leonidovna Stomakhina, jailers refused to take books for her son; Stomakhin was refused to receive his blanket which he was supposed to get on October 20, 2014.

Human rights defenders promised to file claims upon these cases of rights violations.