MENUMENU
Главная News Who has real authority in the penal colony № 63? Administration or...
Поделиться
Твитнуть

On November 1-3, 2014 as a part of the project «Public service for penitentiary control» there was a human rights trip of members of Public Monitoring Committee- Larisa Zakharova and Svetlana Malyugina to the penal colonies № 55, 63 of Ivdel in order to check how human rights are observed there as well as detainment conditions.

On October 2, 2014 members of Public Monitoring Committee visited the penal colony № 55 where they inspected convict Pavel Neupokeyev who is a subject to physical and psychological abuse by other convicts of the facility who act as administration.

Now convict N. was transferred to hospital at prison № 55 for medical examination. Also in there other inmates have applied to us who  had been transferred before from the penal colonies № 56, 63.

Members have conducted personal consultations with five prisoners; given explanations upon different questions which have legal meaning.

After inspection was over, one convict applied to us; he told about physical violence by jailers towards new inmates on September 18, 2014 in the penal colony № 62.

Most everybody have written statements about legal help for them. 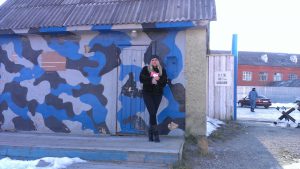 The same day we were checking the penal colony № 63 in Ivdel where we inspected premises of ward-type rooms, quarantine, squad under strict conditions of detainment, squad № 4 and convicts. 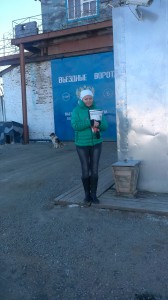 Members of Public Monitoring Committee have conducted personal appointments first of all with convicts who had written statements about transfer to secure place but later on they happened to be in solitaries and on a hunger strike.

Convict M. Tregubov again brought statements on unlawful actions by jailers which he and all the rest experience all the time. Thus, after numerous applications to members and state bodies, administration came up with new torture — with sound.

From room speaker one can hear loudly Rules of inner order, lections with curse words, yelling, cries and sounds of alarm.

Convict Vinogradov also was on a hunger strike because of administration for his civil position. Earlier he experienced physical pressure by «convicts-activists». According to Vinogradov prosecution by the representatives of jailers have begun before his detainment in IvdelLAGE.

Despite of all written statements about transfer to secure place, convicts feel fear for their health and lives.

Any means administration tries to obstruct them in getting protection and justice. Jailers refuse these statements, they just give a ruling on rejection of instituting criminal proceedings.

The representative of Ivdel prosecutor officer doesn’t take complaints in oral form from convicts saying that he doesn’t have time.

Besides, we found out that jailers hide three convicts from us who also had asked for help.

Head of squad № 4 — Anton Vladimirovich Kozlov while guiding us through colony said that those prisoners were in the squad № 4.

In there officer on duty said that he heard these last names for the first time but suddenly found them at one of the sections of the squad.

When we stepped into the squad, we asked if we could see our convicts, somehow convicts whom we don’t know presented themselves as if they were those convicts we were looking for. Then we began asking personal questions, and as a result they went very nervous. We could see how they hate us. Convicts yelled: «Get out. We have our personal time. Stop inspecting us!»

What about prison staff? Instead of calming moderating situation, head of the squad in a rude way pushed us out of the section: «Do you wanna be killed?» and added that we have got brazen lately. As if we come over very often, provoke convicts and because of us they cut veins and launch a hunger strike.

We replied that he is head of the squad but doesn’t have enough authority to calm down them.

We think that such behavior damages reputation of Public Monitoring Committee in general, because it means any convicts may obstruct public inspection and administration will sit idle.

Who has real authority in the penal colony № 63? Administration or criminals? Or maybe administration and criminal world becomes a single whole and complements each other?

Human rights defenders concur that there is a merger of penal system and criminal of the penal colony № 63.

It’s not surprise. Ivdel  prosecutor -Aleksandr Laninkin doesn’t hide that he used to work in the penal colony № 63. Even convicts themselves say that this prosecutor talk convicts out of filing complaints and if they do they will experience physical pressure.

It’s very interesting how many complaints of administration and «convicts-activists» have been satisfied by Laninkin and compare these complaints to others from Ivdel colonies.

This analysis will catch interest of Regional Prosecutor office. Upon all found violations we will file complaints to state bodies.