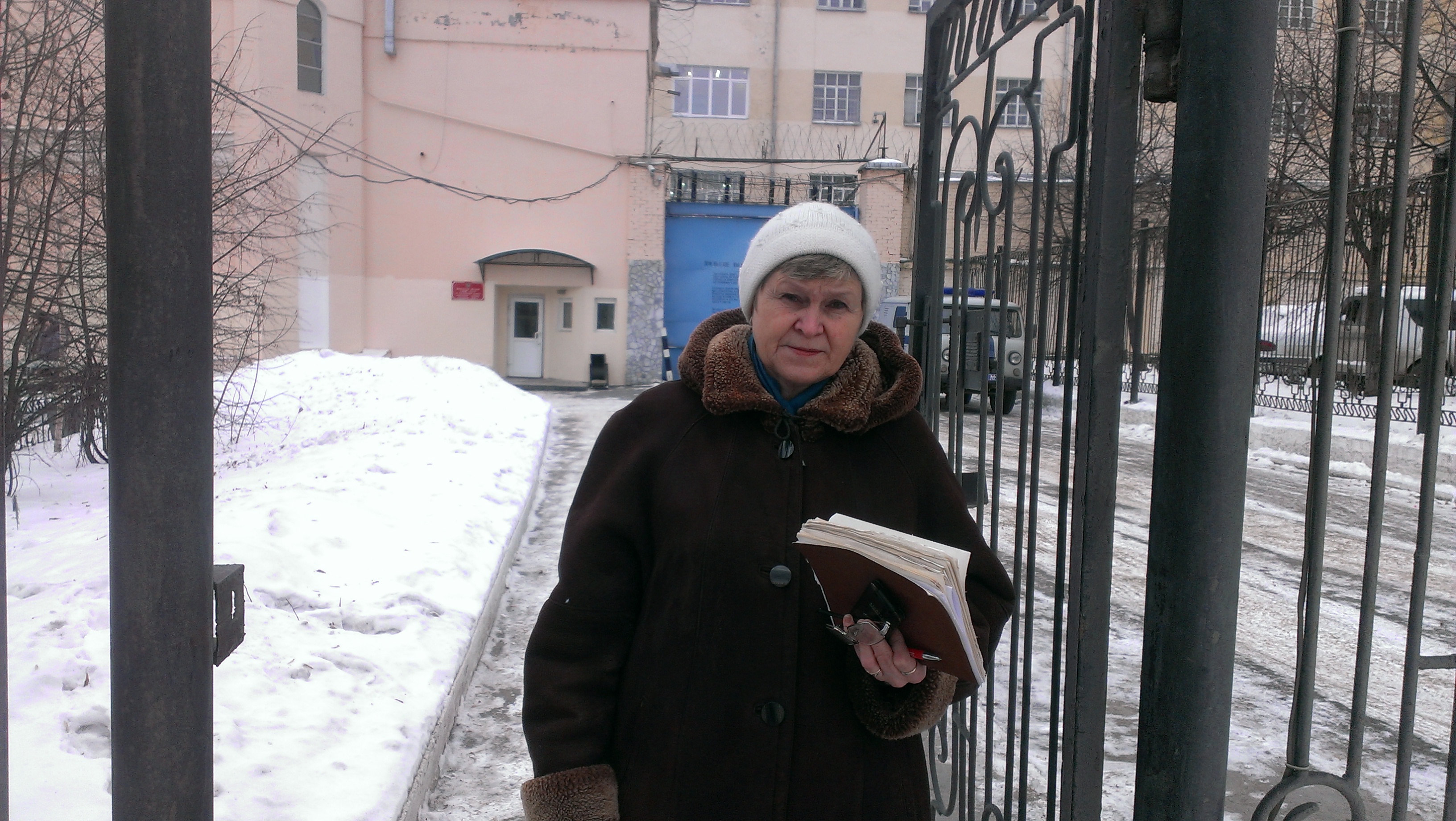 On November 25, 2014 as a part of the project «Public service for penitentiary control» Larisa Zakharova and Olga Dianova visited the pretrial detention center- 1 because of requests of relatives of convicts. Members have decided to check information especially about convict B. whose destiny wasn’t known before 6 November 2014 — even a lawyer wasn’t admitted to him.

As we thought convict B. was being kept into psychological department of the pretrial detention — 1 at the cell № 114.

Officer of medical department — Natalia Kudryavceva has obstructed members of Public Committee the realization of their public control when she refused to unlock other cells referring it to Law «On psychiatry…» and that members had to have a pass for visiting convicts and written permission of convicts themselves. In her opinion members are not allowed to get in the cells and check conditions of detainment.

With convict B. we couldn’t speak to. He was depressed and said that he had some injections .. didn’t see a lawyer. He is being kept at the psychological department since 6 November 2014. He has asked to help him to meet with his relatives.

Members said to Natalia Kudryavceva that there was no point to fight with her, they would challenge her actions. Natalia asked them in turn: «Do you mean to threaten?». We are not sure of her «normal» behavior

After members went to inspect one more arrested whose security is a question. This person has been transferred from Kurgan pretrial detention center -1 without reason; before transfer officers of the Department for fighting against economic crimes visited him and promised to send him to the penal colony № 2 where he would tell everything and confess anything they want. That’s the reason why he has fear for his life and health.

When inspection was over, members visited the cell with convicts who expect transfer to other penitentiary facilities or pretrial detention centers. Convicts have been there for day and night with dim light. Why do they put people for so long?