On 1 November 2014 as a part of the project «Public service for penitentiary control» members of Public Monitoring Committee — Larisa Zakharova and Lyudmila Vins visited the penal colony № 2  in Yekaterinburg due to complaints from relatives of convicts when they lose connection with them or they are kept into the prison hospital.

That day members randomly have checked convicts with HIV in the infectious department, checked the premises operating as the pretrial detention center where there were a lot of former officers of law-enforcement bodies. Two convicts were into secure premises; they were transferred from the pretrial detention center-1; they have criminal proceedings initiated against upon crime committed in the correctional facility.

But the main reason was an inspection of a convict Ruslan Tedeyev who was transferred to the Sverdlovsk region in May of 2014 from the penal colony № 10 of the Jewish autonomous region where he had had severe traumas by other inmates against whom also criminal proceedings had been initiated.

Then in May Tedeyev arrived in the Sverdlovsk region as a «meant for secure regime» according to the Federal Law № 119 «On state protection for victims, witnesses and other participants of court proceedings» and put into secure place where members of Public Committee have found him in the course of inspection.

This time convict Tedeyev wanted to speak in the presence of someone from administration; he told members about law violations in this facility where he was hoping to face law and order but he saw quite opposite — saying that he’s never seen more dangerous place. Since the moment he  happened to be there, «convicts-activist» can easily to get inside his cell and take him out without any officers. Those «convicts-activists» interested everything what was connected with his presence in the penal colony № 10 and his criminal case. 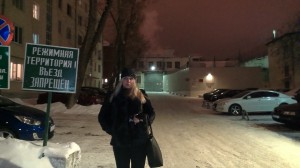 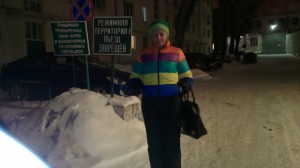 Ruslan was under psychological pressure which was more terrible than beatings. Being into secure place, he felt danger every day.

A convict commented situation in there this way-«activists» are supposed to be in each colony, but they have to help administration but not carry out duties of it and when convicts beat other convicts, jailers prompt. Head of a squad says that in the colony there are not written rules.

Besides, correspondence doesn’t come out from this convict. He cannot get in touch with court, several times he wrote to Public Monitoring Committee but letters were not sent out.

Tedeyev worried about it and couldn’t understand how come because it’s correctional but punitive place.

After such confessions this convicts has to be under control of defenders.

Members of Committee have inspected Ruslan Tedeyev the next day. He was given winter uniform which he was supposed to get some months ago but he wore worn-down cloths, foot sole was half torn off.

On 7 December 2014 members -Svetlana Malyugina and Larisa Zakharova checked the penal colony № 2 where convict Ruslan Tedeyev gave a video interview and wrote s statement that in case of physical abuse towards him, he will protect himself.

During the inspection of the intensive care it was found a convict P. with bandaged legs, replying to the question about them, he said they were frostbitten in the basement of the squad where he was put by «activists». He was lying in this condition for 4 days without food and water. Again tortures?

In December 2014 members -Larisa Zakharova and Svetlana Malyugina again went to check this facility. It turned out that convict Tedeyev is being detained in the premises operating as pretrial detention center as officers said upon decision of administration. As convict himself said he is scared a lot. He finally could meet with head of the penal colony № 2 — Vladimir Leonidovich Korotkov.

Having left the colony, members of Public Monitoring Committee have met a group of convicts who were in dirty clothes and going from works (unload potatoes) according to art.106. After explanation of members that according to art.106 they don’t have to unload cargoes, convicts began to confuse words and said they didn’t unload but only sort potatoes. We’ve asked to show where they were coming from; they kept silent. Convicts looked tired and depressed.

Upon all complaints and violations members of Committee have filed claims to the investigative committee and prosecutor office.