MENUMENU
Главная News «There was a doctor. Woman. She was being called Nazi.»
Поделиться
Твитнуть 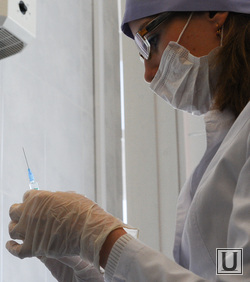 Yekaterinburg is going to be put to shame in the European Court of Human Rights. Terrible story told by a teenager: «I couldn’t speak — I could only cry».

When this complaint comes to Strasbourg, Europe will be speaking about tortures at our colonies again. In our country it’s not accepted to feel sorry for convicts. but here it’s concerned a minor who happened to be into sadly remembered pretrial detention center of Yekaterinburg. This facility is famous for its punitive psychiatry which officers consider to be normal. They are not scared: everything goes on with permission of Moscow. «URA.Ru» suggests readers to have a look at shocking story of 16-years old boy who barely survived after 3-weeks detainment at the prison psychiatry. All details are in the materials of our agency.

Underage prisoner who had experienced punitive psychiatry thinks he got off light in comparison with inmates from the penal colony № 2.

He committed his crimes at the age of 15. Story is simple: he fell with a wrong people; took away from the other guy a cell, then — one more. Later he together with friends did carjack and crashed into trolley bus. In general, he got several sentences, he also didn’t attend court hearings regularly. After he didn’t show up twice there, the preventive measure was varied and he was transferred into the pretrial detention center.

«In September I was sent to the juvenile prison»,-remembers Nikita. — The first day I was beaten cruelly because of I stood up and put my stuff in a wrong way. Not inmates were beating me, we had normal communication but officers at the front check where there is a poster with text: «the pretrial detention center is our home». And then we were being beaten constantly. There is an officer -Ilyaz Galiyevic who is even worse than a beast. He beats even the youngest inmates like 14-years old ones; he beats as if they were adults. He could beat without reasons at all. Once he beat us because we didn’t sleep and talk. For that he put us into cold room half-naked and previously slush us with pepper spray. We were being kept this way till the morning. After by ones officers took us and beat.»

In January one of the inmates had epileptic attack and he was sent to a hospital — the first bulk  of the pretrial detention center. The same evening Nikita was settled there either. He wasn’t ill but according to rules, juveniles are not allowed to be detained into one-man cell.

«Inside of the cell everything was broken, freezing,-says Ilya.- We decided to shut a window but glass held on spit. We covered it and as a result glass fell out and shattered. «Convicts-activists»  rushed in the cell, began cursing us and grabbed me. They said: «Now we will give you a needle as a punishment». I was screaming that I didn’t want, I was healthy but a jailer hit me and pushed me to a wall. They gave me 3 injections and tied me up for 3 days. Jailers didn’t untied me for a bathroom. I have problems with kidneys, I need to use a bathroom a lot. Nobody listened. There was a doctor. Woman. There she is being called Nazi. She prescribed me those injections. I told her I had kidney disease; she said that she didn’t care. And added: «You are not in a fairytale».

I was having those injections for three weeks. According to him, he was like a vegetable, couldn’t think, move and talk, even there was facial gesture. He was tied up not once. The second he was punished for broken door in a bathroom.

«I pulled it and a door fell down. Then I was injected with huge syringe. And again I was being tied up for 2 days. Other inmates said to me to tell number of my mother; they would call her. I said»,- remembers Nikita.

Certainly, relatives didn’t know about it . At the end of January public defenders began searching for this teenager upon request of family members. So they found him being tied up in punitive psychiatric with another juvenile. Officers didn’t want to let defenders in with different fake excuses. They were expecting for an hour for warden in front of the cell.

«My mother came over for a meeting and I couldn’t even speak, cried only. Officers made up various stories. They told we were cursing, kicking them and promising to kill officers-, he says. — We didn’t do it. They wrote that they were keeping us only for couple hours. They have more power.»

In response for relatives and human rights defenders we’ve got only runarounds, — says a members of Public Monitoring Committee of the Sverdlovsk region — Olga Dianova. — But testimony given by Head of psychiatric department of the pretrial detention center — Natalya Kudrayvceva — is very interesting. She says that it’s her duties when arrested misbehaved, she is allowed to put on medication and psychiatric examinations.» Probably, she gives injections and later officers come over and arrested give confessions which they authorities want.»

After release from psychiatric department Nikita has spent in the pretrial detention center 3 more months. He couldn’t brush teeth, make a bed; his hands didn’t work. Inmates helped him. In April he was sentenced. For one article he got amnesty; for two he got a suspended sentence of 1 year and 6 months, for the rest — real term of sentence — 7 months which he had already served. As a result he was released.

He thinks he was a lucky one: «You simply don’t know what’s happening in the penal colony № 2. Convicts are being killed there. Jailers are beating inmates, killing. One guy came back «turned-out» from there».

Now Nikita is doing good: he is studying in technical school, working, doing sports, getting married. But of course he has negative consequences: nervousness and bad memory as a result of detainment.

Anyway, he tries to forget this story as soon as possible. Unlike human rights defenders. As Olga Dianova said at the moment a lawyer Roman Kachanov is preparing a claim to European Court of Human Rights. He wants Russia to compensate moral and material damages caused by punitive psychiatric.