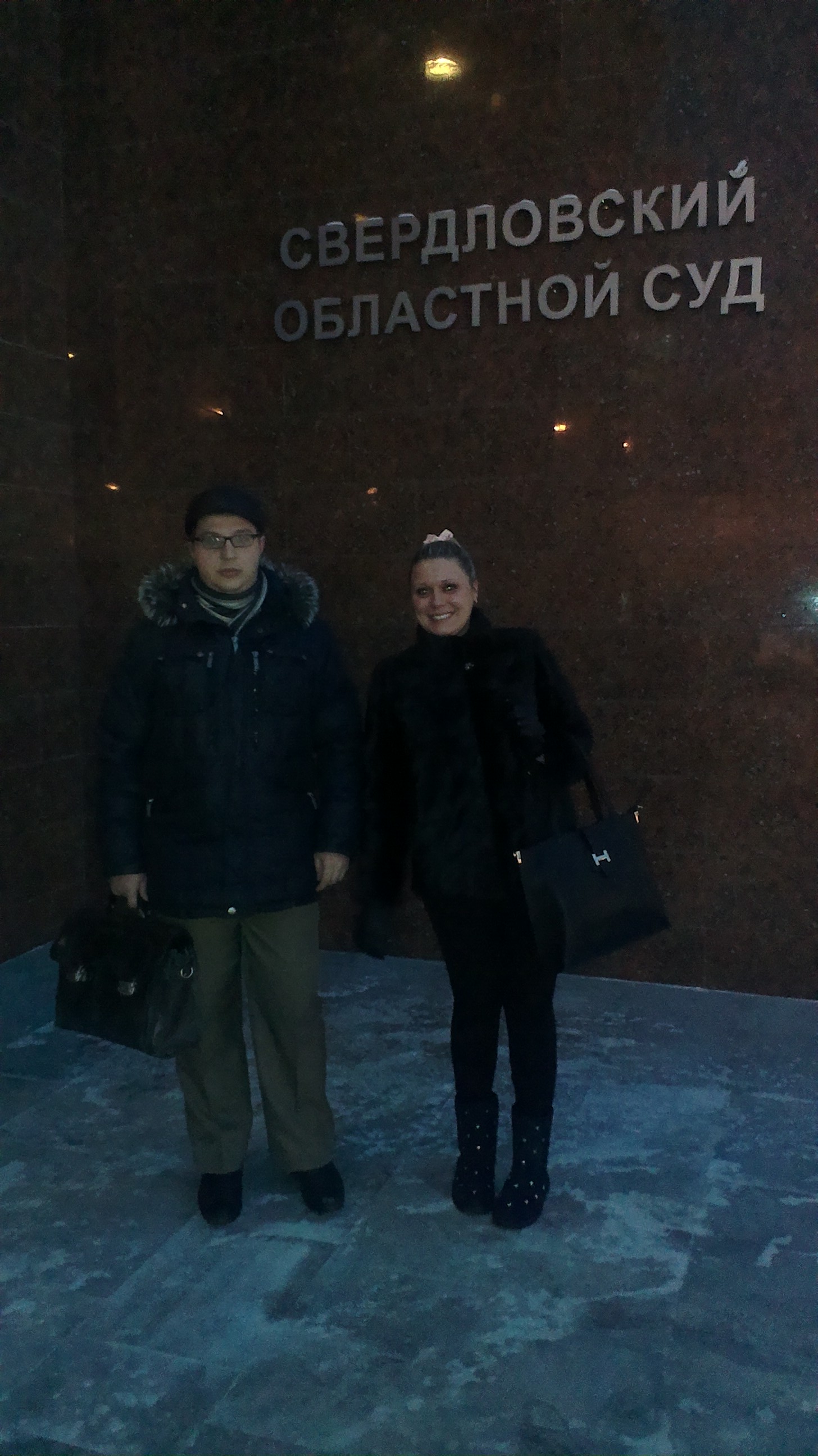 Today on 10 December 2014 on Human Rights Day there was a court session for examination of an appeal petition from head of the penal colony № 19 -N.L. Kryukov about a decision of Verkh-Isetsky court on 22.06.2014.

Let’s remind on 29 April 2014 a defender of a convict Denis Finogenov -Svetlana Malyugina wasn’t admitted by warden of the penal colony № 19 for a meeting with a convict without explanation. After such rude law violation, the representatives of the convict challenged unlawful actions of N.L.Kryukov in Verkh-Isetsky courthouse.

The statement was satisfied by a decision of judge -Nina Netsvetayva — actions on denial of access to the convict and provision were declared to be illegal.

As we’ve written before, process at the Regional Court was put off on 10 December 2014.

During the court proceedings a convict has been represented by a lawyer Roman Kachanov. Nikolay Kryukov was represented  by a lawyer of this colony. She was again telling very weird story that Svetlana Malyugina was supposed to prove that she was going to provide the convict with exactly legal help and not for other purposes.

As a result the Sverdlovsk regional court has made a decision in favor of the convicts, in fact — in favor of Law, rejecting strange fantasies of warden of the colony and his representative which have nothing to do with law.