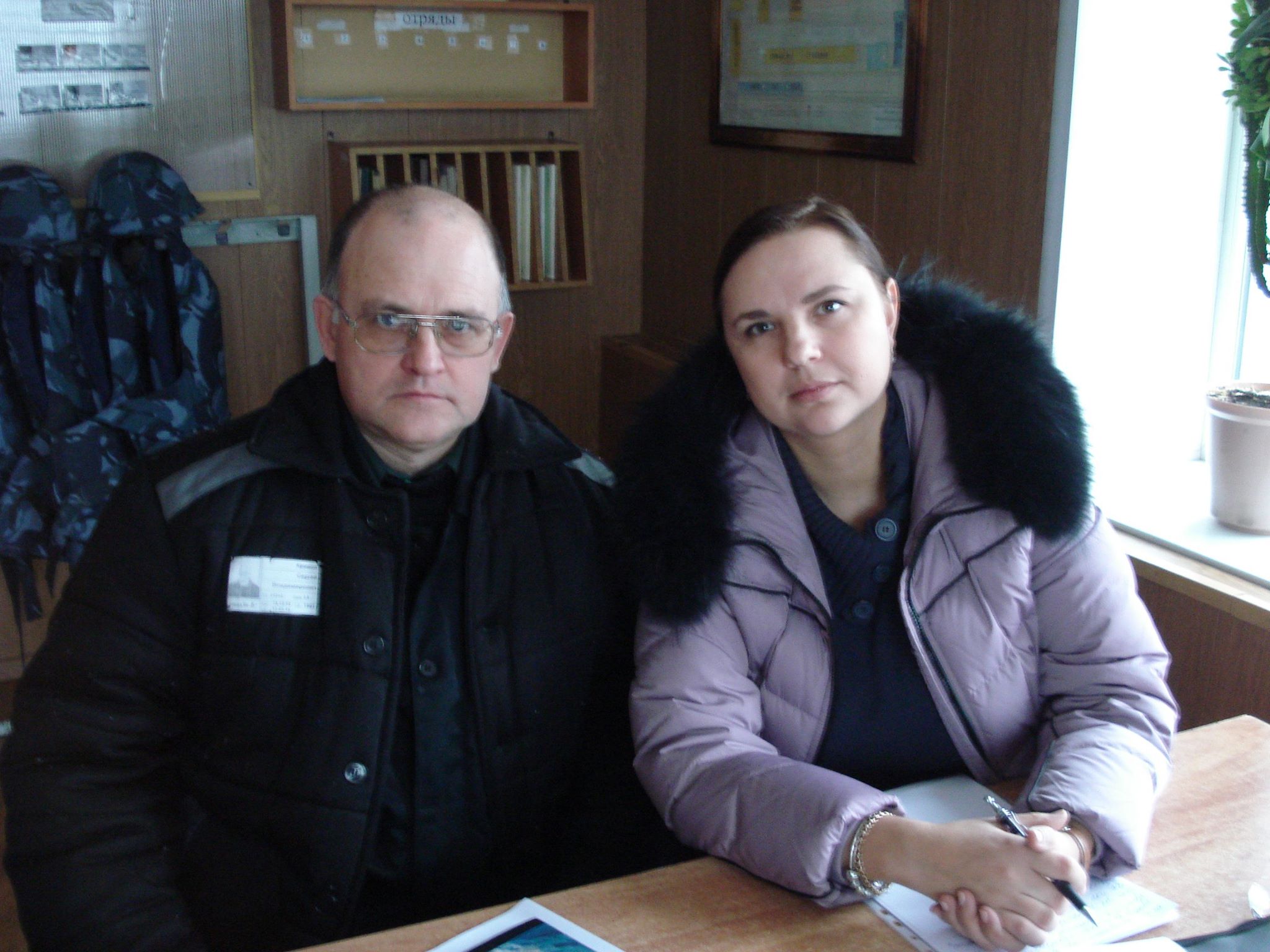 Director of NGO «»LEGAL BASIS» — Aleksey Sokolov and Moscow attorney — Irina Biryukova have visited a convict — Sergey Krivov  who is serving his sentence in the penal colony № 5 in the Bryansk region by request of human rights defenders of Moscow.

51 -years old Sergey Vladimirovich Krivov (Candidate of Physical and Mathematical Sciences), father of two kids. Sergey  — politically active person, the participant of numerous pickets for protection of prisoners of the Bolotnnaya, observer at the elections (from Civilian observer). He has been sentenced to 3 years and 9 months term of imprisonment in the colony.

Having arrived at the penal colony № 5 in the Bryansk region, in Starodub, Aleksey Sokolov and Irina Biryukova have applied a statement according p.4, art.89 of the Penal Code of the Russian Federation. Attorney Irina Biryukova has received a pass without problems and guided by an officer Irina went inside of the colony for a meeting with Sergey.

After that attorney said: «Sergey is serving sentence that nobody understands why. But he is fine and cheerful, says hi to everyone and asks to say sorry to people who wrote to him. Guys, he replies but letters are not sent out. Or he gets them without explanation. I have his records whom and when he had sent letters. We will sort out.

But you, write to him, please!!! He was happy that you support him!!!»

While attorney Irina Biryukova was meeting with Sergey, Aleksey Sokolov was expecting at the front office for head of the colony, who was supposed to study his statement. Later on we found out that he was not coming there and nobody could fix this question. 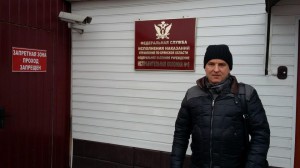 Aleksey Sokolov couldn’t managed to see a convict Sergey Krivov and definitely he will fine a claim.

Human rights defenders have found out that after visit of attorney to the colony Sergey Krivov began getting all the pills for heart.

After this colony defenders went to the Bryansk pretrial detention center where a civilian activists was under administrative arrest — Evgeniy Zuev. 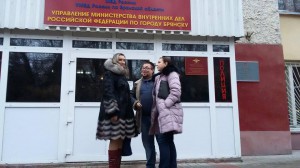 Evgeniy Zuev on 7 December 2014 in Bryansk was taken off the train Kiev -Moscow and gor arrested for 10 days. The reason was as if he was cursing.

In the building of the regional pretrial detention center defenders have met with the Bryansk public activist -Aleksandr Kupriyanov and exchanged contacts with each other. Aleksandr has told a very good news — an appeal cut off term of imprisonment of Zuev from 10 days to 6 days. Evgeniy has felt good and said that he had to agree with protocol and accusation because he had threatened by officers of the Federal Service of Security. At the moment a local attorney is dealing with the case of Zuev and Evgeniy is being controlled by several public organizations of the Bryansk region.

Irina Biryukova and Aleksey Sokolov have left some money in order guys will collect a parcel for him and put money on his cell phone account.

Work in protection of human rights are going on.