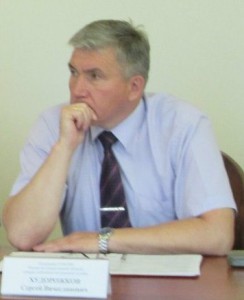 On the International Human Rights Day defenders have decided to conduct free legal consultations for convicts in the furthest parts of the Sverdlovsk region — so-called «Ivdel bush.»

As members of the Sverdlovsk Public Monitoring Committee say that convicts have a lot of questions upon living, social and other rights. Due to lack of legal help it’s very difficult to protect themselves.

Human rights defenders reached an agreement with the regional legal firm which provided them with two attorneys to go to Ivdel and carry out legal consultations for prisoners in the facilities.

Director of noncommercial partnership «LEGAL BASIS» Aleksey Sokolov in written form has addressed to authorities of the Federal Service for Execution of punishment with a request to give permission to do it on the territory of the colony where attorneys could carry out consultations for all who would like to. It would have been difficult but important. Even officers of the facilities wouldn’t refuse to get help because they also have a lot of questions on various topics.

However, authorities of the Federal Service have not permitted this explaining that attorneys may come over per standard procedure at a room for short meetings.

As a result defenders have decided to call off this event because they know how much time attorneys waste at the front office while their statements are being studied by wardens of the facilities and how few convicts they can accept at a small room.

General of the Federal Service Sergey Khudorozhkov apparently thinks that situation in the penitentiary system of the Sverdlovsk region will be getting better if illiterate convicts are not able to protect themselves through law system.

Thus prison general «cooperates» with human rights defenders and attorneys of the region.