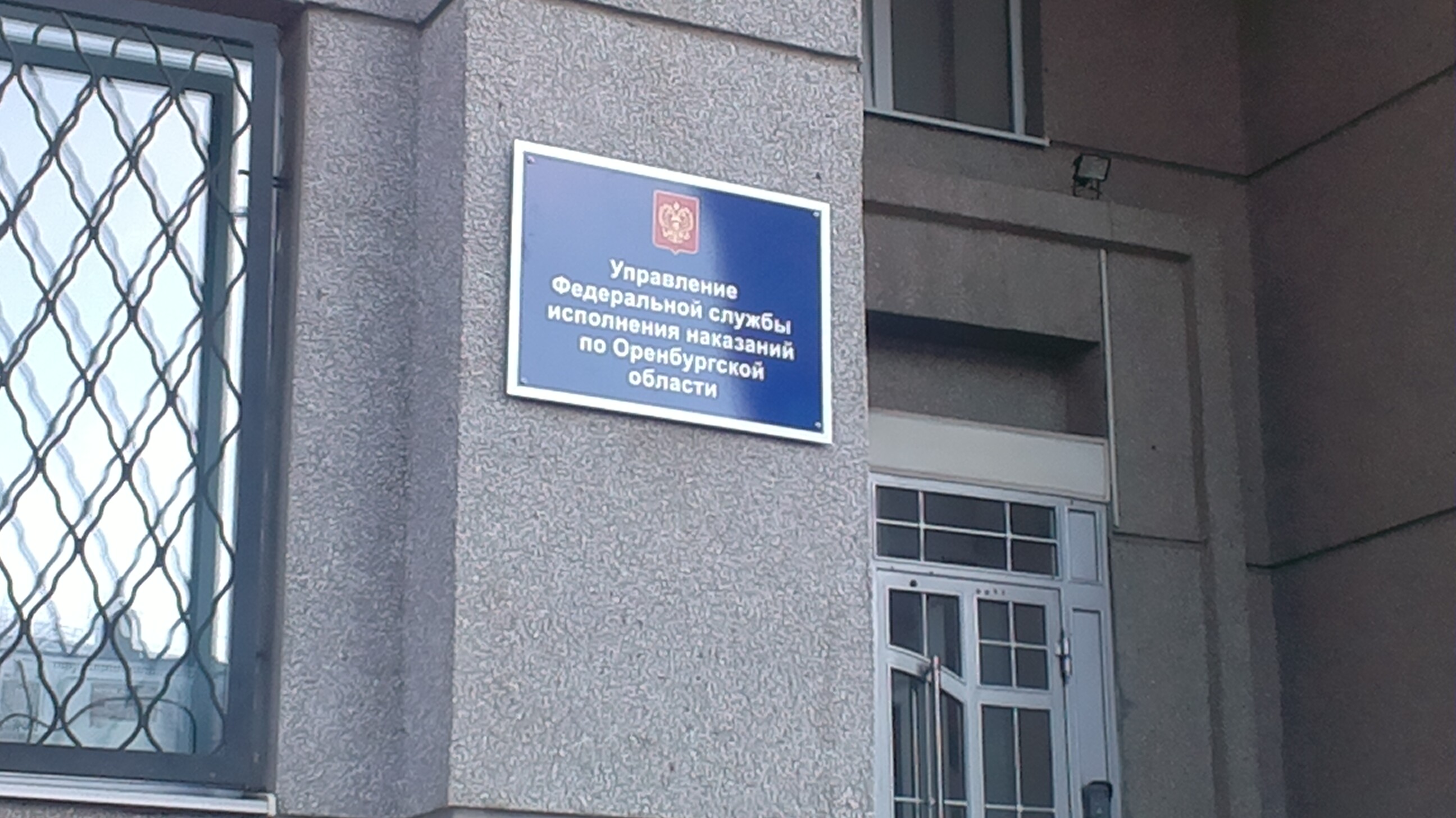 On 22-24 December 2014 as a part of the project «Public service for penitentiary control» there was a human right trip of experts of Fund «For convicts’ rights protection» Svetlana Malyugina and Larisa Zakharova in order to get ready to court hearing of a convict who used to serve his sentence in the penal colony № 63 and also to provide convicts with legal help.

On 22 December 2014 experts of Fund «For convicts’ rights protection» visited the penal colony № 8 in Orenburg in order to provide prisoners with legal consultations in particular Pavel Neupokoyev transferred from the penal colony № 63 of Ivdel. Meetings with convicts mentioned in the statements have not been given, authorities have refused to study their statements without reasons for rejection. 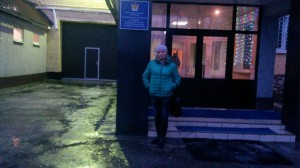 Even though Svetlana Malyugina was the representative of convict Pavel Neupokoyev on power of attorney, administration by words refused to give a meeting with this convict for legal consultations due to the fact of him being into isolator. 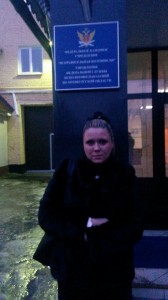 We tried to explain them that a convict is not allowed to meet with relatives but not with attorneys or lawyers while being into isolator, however it didn’t work. Jailers also refused to put a mark about reasons according to p.68 of internal regulations. 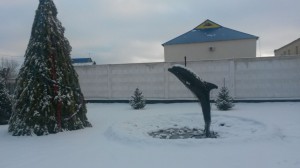 On 23 December 2014 Larisa Zakharova inspected the penal colony № 6 in Sol-Iletsk. This correctional facility is meant for life-term prisoner and known as «Black dolphin». Neither application for meetings nor business trip permission have been registered, because officers have said no.

Chief of the penal colony № 6 Sergey Baldin has accepted expert of Fund over time but having listened to her, he said that he needed to study papers but implied likely she wouldn’t get meeting. He recommended to come up later. However, after lunch he turned down an application of Larisa Zakharova on meeting with convicts without giving reasons. 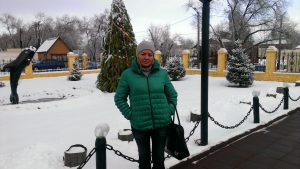 After the penal colony № 6 in the Orenburg region Larisa Zakharova has visited prosecutor assistant Andrey Tumbayev who checked Foundation Rules of «For convicts’ rights protection» saying that everything answers law but anyway he sent it to special prosecutor office for supervision for law observance in the correctional facilities in the Orenburg region.

The same day in the morning Svetlana Malyugina visited again the penal colony № 8 where she registered an application for a meeting with a convict and went to chief deputy. Having studied documents of organization and power of attorney, he didn’t know such organization and power of attorney was notarized by Chief of the penal colony № 63 of the Sverdlovsk region and it follows that it is active only there…

Svetlana Malyugina was surprised by this answer and made her ways to the Federal Service for Execution of punishment in the Orenburg region, After 3 hours of expectation, Major from department of internal security — Valentin Mikhailovich Koryakin went out to talk to human rights defender. Having studied all the documents, he said she should have agreed on papers and sent them in advance.

Svetlana Malyugina asked to refer it to Law where said about such procedure but Major answered that «we have such rules in here». However, he promised to assist in getting mark about reasons of denial and also advised to addressed to prosecutor office. 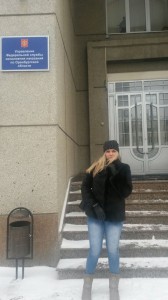 Prosecutor Vladimir Zemtsov attentively heard out all arguments and lawful grounds and promised to figure it out and make right decision but only after he listens to another party in other words administration of the penal colony № 8.

On 24 December 2014 Larisa Zakharova also visited Orenburg prosecutor Vladimir Zemtsov where she provided him with lawful grounds for providing legal help to convicts.

However, prosecutor couldn’t make decision straight away but said to human rights defenders not to be mad and be understanding and if they really wanted to change, prosecutors would be happy.

After that Larisa Zakharova went to penal colony № 4 which is located in Dzerzhinsky area of Orenburg where jailers also refused to mark her business trip permit saying that she hadn’t been invited. However, her application on meetings with convicts was registered anyway. 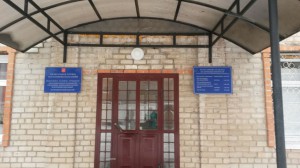 Larisa Zakharova could manage to meet with authorities of the facility only after lunch time; she had to explain for about an hour that she as a representative of socially-orientated organization has a right to meet with convicts in order to provide them with legal help. However, chief deputy of the penal colony № 4 couldn’t agree with arguments focusing on she didn’t have powers of attorney from inmates. Then again officers agreed with requirements of p.68 of internal regulations of the correctional facilities according to which on applications for meetings there are supposed to be a mark of refusal reasons. But such marks have to be done by Chief or his deputy. They are no such people. So they left inside to Chief of the facility.. after that.. officers brough applications from convicts with refusals from legal help.

Svetlana Malyugina on 24 December 2014 for the third time visited the penal colony № 8. This time she was accepted by warden and he finally put a mark about reasons of denial. Meeting was not provided due to the fact that her convict was into isolator. Words that a convict is not allowed to meet with relatives but not with attorneys or lawyers while being into isolator, as usual didn’t work.

Upon all facts of denial of access and general refusals for experts of Fund «For convicts’ rights protection» we’ve filed claims to the Federal Service for Execution of punishment in the Orenburg region and prosecutor office.

Besides, we’ve met twice with colleagues of the Orenburg Public Monitoring Committee who are also lawyers of department of «Committee against tortures». 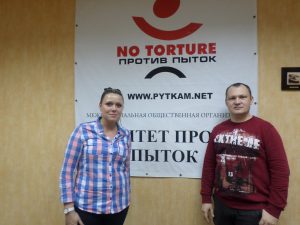 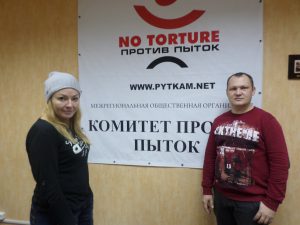 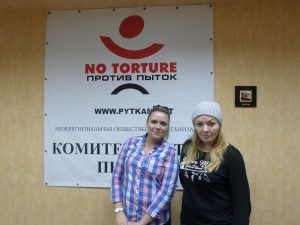 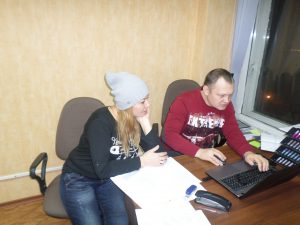 From colleagues-human rights defenders we’ve found out about local problems, also about regulations of committee according to which, without permission of the Chairman other members cannot inspect correctional facilities and even applications and claims could be filed with the Chairman. 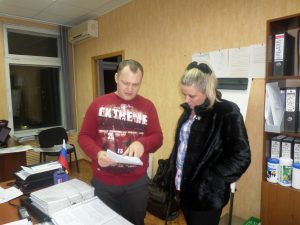 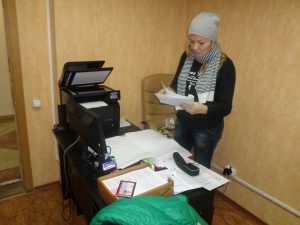 As a result of trip a huge problem was discovered — there is no access to free legal help from the representatives of human rights organizations for convicts.