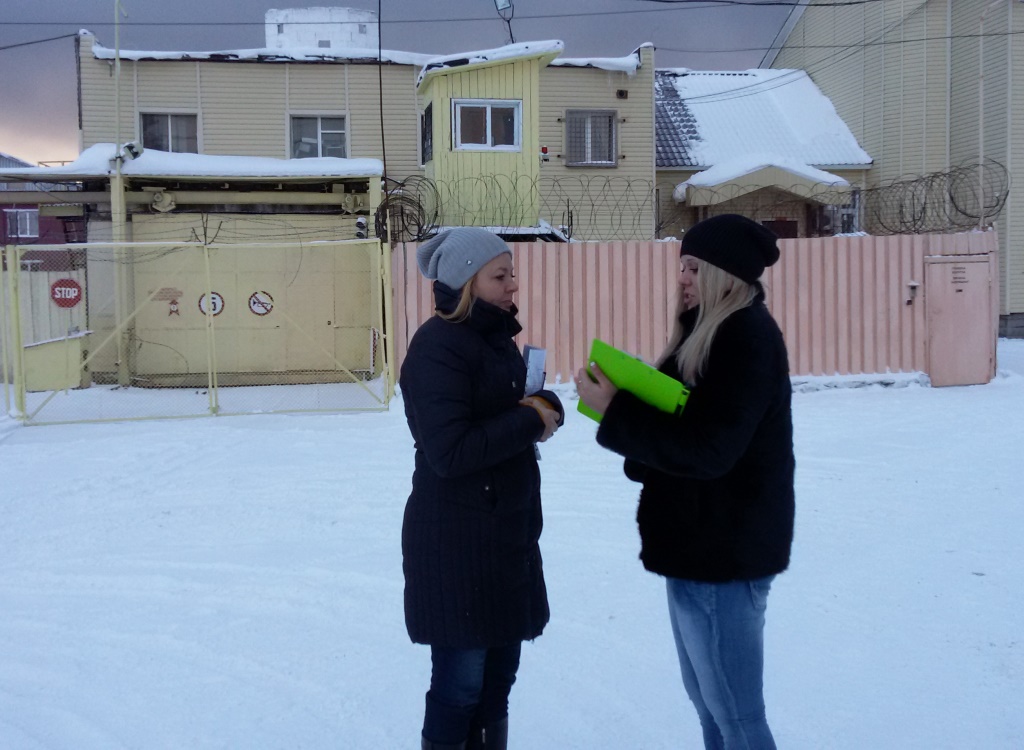 The reason was petitions from minor convict R. who was looking for his mother.

Chief of the facility — Ruslan Yusupov has informed defenders that convict R. was transferred into pretrial detention center -1 in Yekaterinburg.

Members of Public Monitoring Committee have talked to principal; it was obvious that really takes care of her pupils and educational process.

At squads under strict conditions there is a convict who happened to be in correctional facilities not for the first time. Defenders asked him how he feels; whether it difficult to him to be there. He said no, because he has been studying all day long.

At secure place there are two inmates separately. According to them, they are detained there because of conflict with other inmates. One of them was watching a movie when defenders came in; he felt well and didn’t have any complaints.

The next day on 16 January 2015 the same members — Svetlana Malyugina and Larisa Zakharova inspected the pretrial detention center-1 of Yekaterinburg with aim to meet with convict R. who had addressed to defenders with request to find his mother.

Meeting was at a class of the facility the way it’s supposed to be in the presence of tutor. Members of Committee have given an address of his mother which they got by request to authorities. Convict R. was surprised and happy and defenders were glad to help him to find his mother whom he was looking for more than an year.