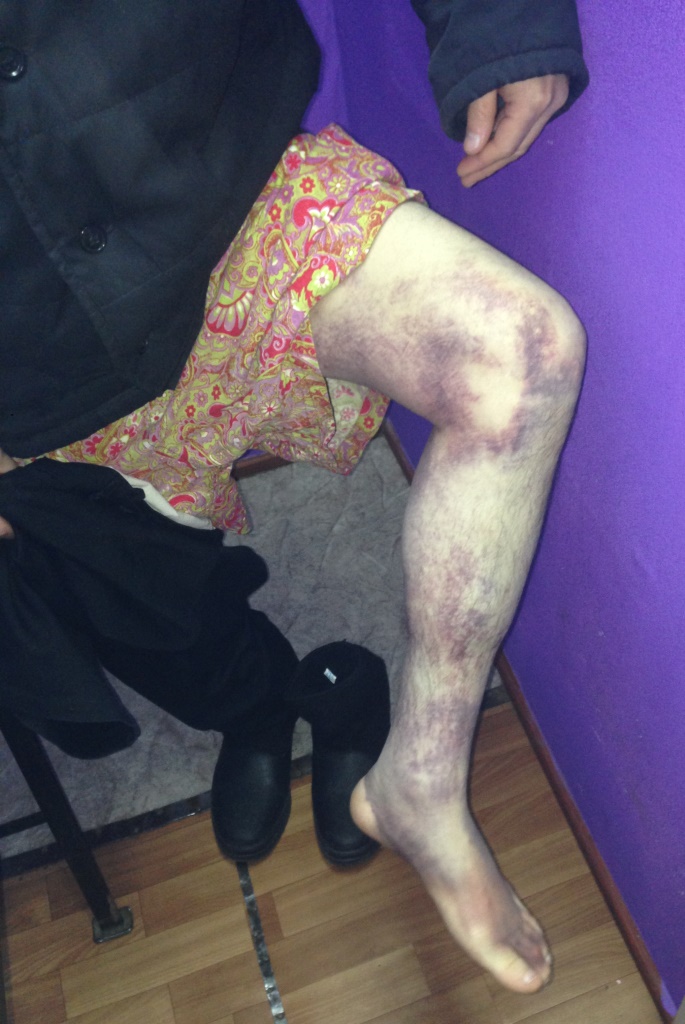 On 11 February 2015 members of Public Monitoring Committee — Larisa Zakharova and Svetlana Malyugina went to the penal colony № 5 of Nizhny Tagil of the Sverdlovsk region in order to check convicts who had earlier told about beatings in there.

They have checked solitary/ward-type rooms with five inmates.  In the cell there is the same mould but fortunately private space has been made there.

But in the cell № 7 a door has been made closer to toilet and the only one way to use it is to do with open door. Apparently, officers like when inmates experience psychological discomfort.

Members have checked other cells. There is thick dust on the windows. What can inmates breath in? 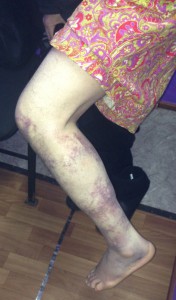 Have checked a convict Egemberdiyev who has hematoma and it perhaps turned into gangrene. There is chances he might lose his leg. Let’s remind that upon arrival on 22 January 2015 he was beaten by jailers.

Egemberdiyev told defenders that since 21 January till 4 February 2015 he has been on a hunger strike. Prosecutor came to visit him, he doesn’t know his last name. According to Egemberdiyev, prosecutor didn’t try to understand his problem; he took explanations about beatings incredulously, that’s why a convict believes that prosecutor is on the same side with administration of the facility.

Also on 7 February an expert from Investigative Committee came to visit him, he examined his hematomas, made some notes, said nothing and left.

Human rights defenders got a convict under their control. He is in danger there. Lawyer is working with Egemberdiyev and he presented during investigatory actions -questioning by investigator. Criminal case hasn’t been initiated yet; they are waiting for expert’s opinion and still there is a ray of hope that a fact of beating will be proved. 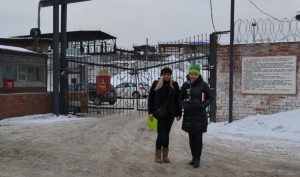 In the next cell members have met with a convict Artur Sagatelyan who had been tortured  before in the facility (enchained to grille). He has come there recently. He came back from the pretrial detention -1 of Tyumen where he was due to other court cases. There is a decision towards Sagatelyan about state protection because there is a judgment of conviction towards officers of Tyumen colony where he had been beaten to the point that he checked into reanimation. Three officers have been sentenced to not serious terms of imprisonment. They used to serve in the penal colony № 13 of Nizhny Tagil, two of them have been released on parole. There is also special case towards officers who also took part but not identified yet.

According to law, reasons for application of safety measures are information about real danger for a person, violence, destruction or damage of property of a person participating in court proceedings. But it turned out that there is no such decision in Sagatelyan’s personal file; nobody knows about state protection of a convict.

Upon completion of public inspection in the facility, members have seen this picture — some released person dropped his prison robe right there. 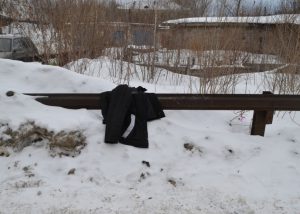 It’s clear that former convicts get rid of prison clothes right in front of check-point of the colony. They will keep beatings and tortures that they used to experience in their memory. How are former convicts going to fit in society? We might only guess.