This Saturday on 14 March 2015 there was an annual General meeting of Transregional center of human rights, famous Ural human rights organization. This month it turned 19 years.

This time not so many organizations showed up because a lot of them were sick or had urgent things to do.

There were defenders and attorneys who are not members of Transregional center of human rights actively cooperate with us, protecting rights of vulnerable parts of society. 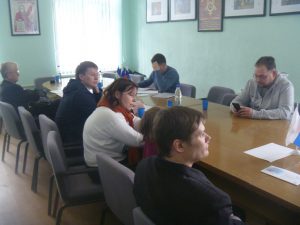 At the General meeting Roman Kachanov was taking chair, secretary was Larisa Zakharova.

In the beginning of meeting Roman Kachanov presented to Vyacheslav Bashkov letter of acknowledgment for work as a member of Public Monitoring Committee of II calling where he was suggested by our organization. Now Vyacheslav represents Public association «Sutyazhnik».

Then Roman Kachanov told about the work done for a previous year — since last meeting held on 15 March 2014.

Thus, chairman of organization and its members kept their work in the field of defense of civil and politic activists, convicts and human rights organizations. In particular, during the period under review defenders have won several trials against correctional facilities of the Sverdlovsk and Vladimir regions connected with denial of access for defenders.

Three times court has stated actions of warden and other officers to be unlawful in the penal colony № 19 upon denial of access for Svetlana Malyugina as a defender to her convicts (one decision hasn’t come into effect yet).

Defenders have protected also other rights of convicts except a right to legal support. For example, in cooperation with the president and other members of «Ural association of refugees» convict B. after 11 trials and several years of battles finally got citizenship and passport of the Russian Federation.

Also defenders have tried to support not only members of the Sverdlovsk Public Monitoring Committee but members from different regions in issues of their rights’ violation. 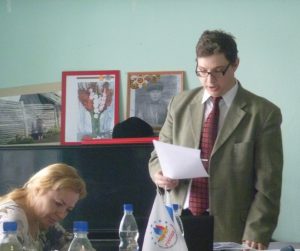 Roman Kachanov told that now Transregional center of human rights is being under serious pressure by authorities, as he supposed because of  active work of their members — Larisa Zakharova and Svetlana Malyugina.

Ministry of Justice in the Sverdlovsk region in October 2014 filed a claim to stop organization’s work as a juridical unity due to «some violations». Then there was a decision of judge Volkomorov who satisfied those claims… He did it without even studying case. Materials of case said that Transregional center of human rights was registered on new address: Oktyabrskiy district of Yekaterinburg. It means that claim should have been filed at the Oktyabrskiy courthouse. Judge didn’t notice that record from one conference of Transregional center of human rights which rectified defects, it was given by Ministry of Justice not in complete form.

Ministry of Justice, judge Volkomorov and State Tax Service were not able to see that. Roman Kachanov supposed that there was combination collusion for dissolution of organization as a juridical unity. 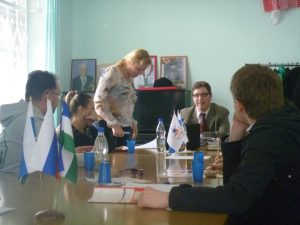 Roman Kachanov told participants that upon his statement as chairman to turn down judgement by default. This decision was cancelled in February 2015.

After report of chairman it was turn for members of Public Monitoring Committee of the Sverdlovsk region proposed by our organization: Larisa Zakharoova, Svetlana Malyugina and Anton Kudryakov.

During their reports 1,5 hour discussion happened among participants about activity of Public Monitoring Committee of the Sverdlovsk region, ways to work, the most problematic facilities which need more careful attention from defenders and in general about problems in penitentiary system run by the Federal Service for Execution of punishment, Ministry of Internal Affairs and the Federal  Migration Service.  Besides defenders talked about special facility for temporary accommodation for foreign citizens which defender can visit since lawmakers allowed it. 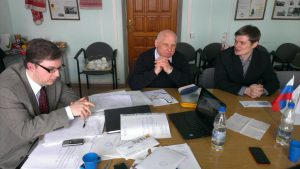 Defenders also shared opinions about how successfully to have court practice upon denial of access for attorneys. Despite all decisions the Federal Service for Execution of punishment stays still and «hides» violations of officers.

Participants said that it’s necessary to demand to bring such officers to justice at least to disciplinary responsibility. Defenders have to deal with that as soon as possible.

After discussion participants have voted solid in favor of accepting members from Belgorod into Transregional center of human rights and opening of new branch in Belgorod. Larisa Zakharova told in details about potential candidates and what kind of work they already do. 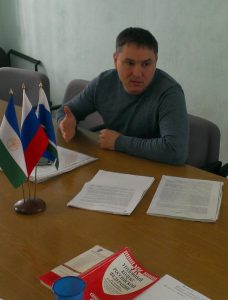 Also upon recommendations two members were accepted — Yekaterinburg lawyer Evelina Solodyankina who has huge experience in human rights protection and member of Public Monitoring Committee of Republic of Bashkiria Zilya Bulatova who has been working with members of organization for more than a year. Unfortunately, for personal reasons both Evelina and Zilya couldn’t take part in meeting.

At the end of meeting, due to actions of the Russian Federation represented by administrative and court bodies which are against Transregional center of human rights, Roman Kachanov suggested to establish organizing committee for new general transregional human rights organization which might be an alternative to existing organization in the event of «political murder» of it.

Participants have voted solid in favor of this proposition and organizing committee. 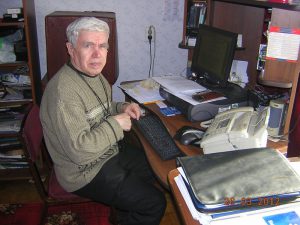 Founder and irreplaceable chief of Transregional center of human — Vladimir Andreyevich Sheiklein who died in December 2012 would be very glad to see that his organization is still alive and works protecting human rights and people in general. As we know human being and his rights and freedoms are supreme value which country has to defend … Duty about which country probably forgets and intentionally ignores.