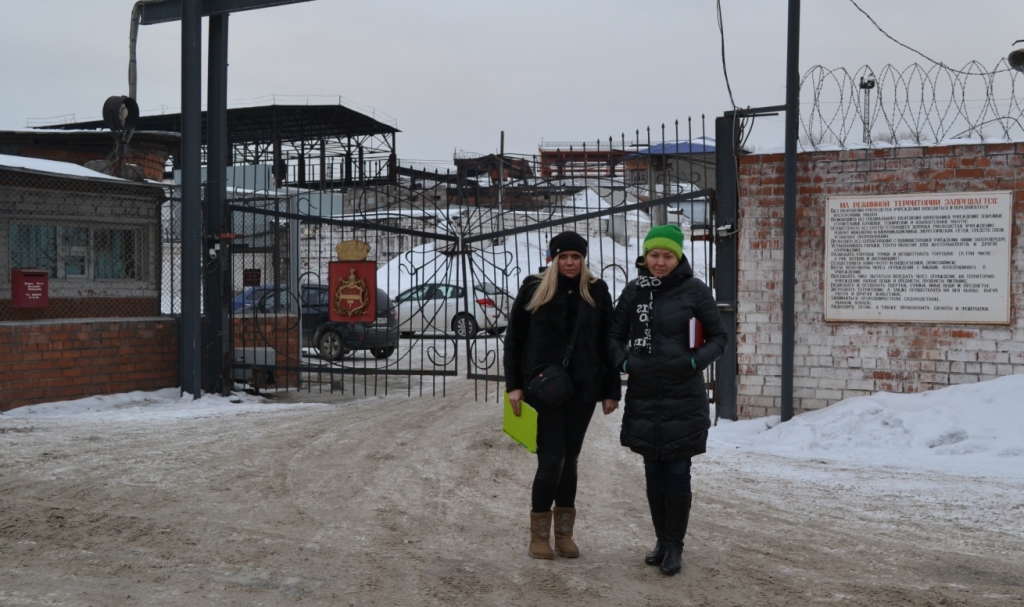 On 12 March 2015 members of Public Monitoring Committee of the Sverdlovsk region Svetlana Malyugina and Larisa Zakharova as a part of the project «Public service for penitentiary control» went to the penal colony № 5 in Nizhny Tagil in order to inspect convicts who are under control of human right organizations and also to check information on beaten inmate transferred from the penal colony № 15 of Sosva.

Defenders have got information that a man is being enchained to a grille for hours.

Defenders walked through all the cells of the facility and inspected detainment conditions and noticed that after last remarks and comments of defenders jailers had made some corrections: repairs, lamps are better and even small fence for toilets.

However, defenders didn’t find a convict they were looking for.

Deputy chief Maksim Nurmagambedov answered that he had never seen such convict in his facility.

Later members visited the squad-1 (under strict conditions) where convicts Egemberdiyev and Sagatelyan had been transferred before.

Having looked at all inmates in there, defenders found that among inmates there were four convicts from other squads: 14 and 12. To the question why they were here, convicts said they were working here. One as a person-on duty, the other one as a assistant of person-on duty.

What are they doing there for real? We can only guess judging by huge body of assistant.

Defenders talked to convicts transferred from solitary. Both are sure that they are in the squad for maximum one day and after they will be transferred back into solitaries. It happens all the time.

In the end defenders left request upon not clear issues, filled in a log and hurried to train station in order the next day to visit colonies in Sosva because defenders have not been there for half a year. It was necessary to check what had changed there.

Moreover, they had a reason: information about  shutdown of the penal colonies 15 and 18 and rally of local people.

About this trip we will tell you in the next publication.