Men and women are on different floors, mothers with kids also live separately into rooms.

In general living conditions are good except fact that rooms are locked and personal clothes are taken from people. 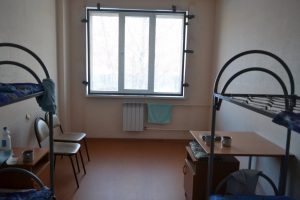 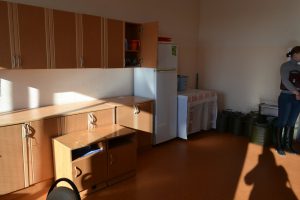 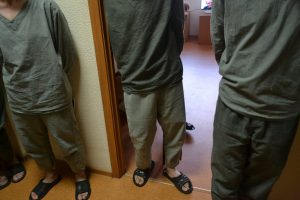 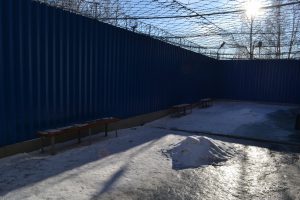 More than 10 people wanted to get free legal help. Attorney and Lyudmila Lukasheva consulted several people concerning citizenship issues and members of Committee Svetlana Malyugina and Sergey Kirillov talked to a person who had complaints of living conditions there. S. complained that he doesn’t get medical treatment from medical staff. 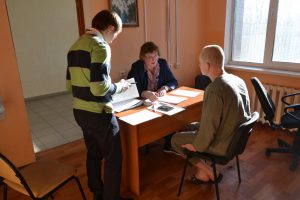 On 11 March 2015 S. addressed with written statement to Head of the facility with request to get him personal appointment. Head called him but according to him didn’t listen to S. just cursed much. 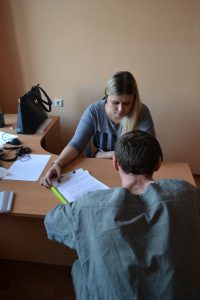 The same day S. refused to eat because he had stomachache. He was transferred into medical isolator in a room which doesn’t meet sanitary demands: room was dirty and cold without bedding. S. said to officers that he wouldn’t be under such conditions but they ignored him. Protesting against it S. was forced to cut himself. 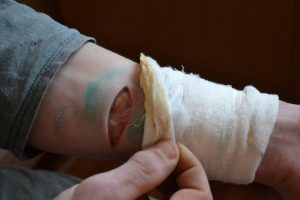 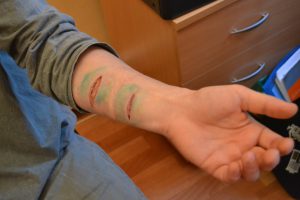 Members of Public Monitoring Committee addressed to chief deputy of the facility with request to call doctor -on duty because those wounds were not small.

Doctor said that she didn’t have opportunity to sew up a wound, it’s necessary to call ambulance but it won’t come over because it’s not death incident…

Defenders said that they will call ambulance on their own. Chief deputy replied that there is no need; they will do it. 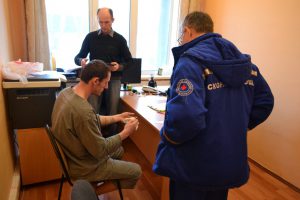 Defenders waited before ambulance showed up; doctors examined S. They said it’s not possible to sew up wounds; only debride and change the dressing. If ambulance was called the day when he got cuts, they could sew up wound. Doctors offered S. to go to the hospital for surgeon’s consultations and medical treatment. He said yes.

Chief deputy promised to figure it out and find out why doctor didn’t provide him with treatment.

We will be monitoring destiny of people who addressed to us.