On 14 March 2015 as a part of the project «Public service for penitentiary control» members of Public Monitoring Committee of the Sverdlovsk region: Dmitry Kalinin and Larisa Zakharova.

Reason was several addresses from relatives about failure to get in touch with people serving sentences in the correctional facility, also information about bodily harm of a convict.

Visit of defenders began with inspection for them; officer asked Larisa Zakharova to turn her pockets out; take off shoes.

When defenders reasonably asked why there was such unusual inspection, officer replied in a impolite way that it’s supposed to be so. To defenders’ request to say her name, officer refused to do it saying that defenders used to be among convicted people.

That was a strange comment: neither Larisa Zakharova, nor Dmitry Kalinin were convicted at all.

Even it was so, law doesn’t forbid people who were convicted to be human rights defenders. Mandate is given to a defender in case of expungement of record and some other points.

After such searching, defenders went inside the prison hospital where they checked convicts in the wards of intensive therapy. No complaints found.

Second told defenders about psychological pressure and threats by convicts-male nurses who were rude, insolent. They called a convict into their office and threatened with bodily injuries that might occur if convict refuses to do what they say to.

Later defenders went across the squads where they inspected inmates and detainment conditions.

There are not enough basins and toilets.

The most important violation is absence of fire security!

Not one out of three checked squads has smoke detectors or fire alarm system; in the sleeping premises there are no ventilation holes.

People serving their sentences and officers are in danger! 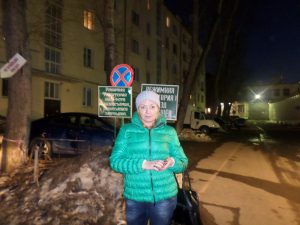 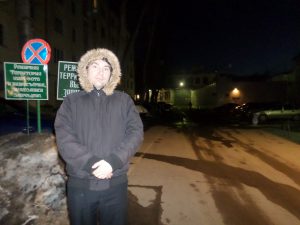