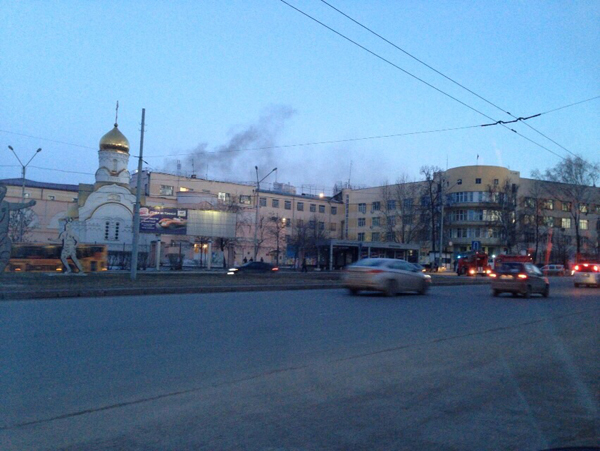 In Yekaterinburg, in the center of the city, the correctional facility-2 is on fire which is located next to the pretrial detention center.

As Znak.com says, territory of the facility is in heavy smoke. Federal Rescue Service arrived at fire point. You can see more than 10 fire-fighting vehicles.

Press-service of the Federal Service for Execution of punishment adds that at 7:20 pm manufacture workshop of the penal colony-2 caught fire. Officers of the pretrial detention center-1 and the penal colony-2 were put on a high alert. They checked all the inmates. 11 of them were inside of the building, they were evacuated. There were no injuries. Chairman of Public Monitoring Committee Ashurbek Manasov and his deputy Oleg Pavlovich visited the penal colony-2. Having walked across the territory, the representatives assured themselves that all the inmates were in the squads, no injuries.

According to chief deputy of the Ural regional center of the Federal Rescue Service of Russia- Valery Ustinov,  at 9:20 pm fire was localized.

Remarkably, that on Friday Chairman of Public Monitoring Committee Ashurbek Manasov and his deputy Oleg Pavlovich happened to be near the correctional facility.