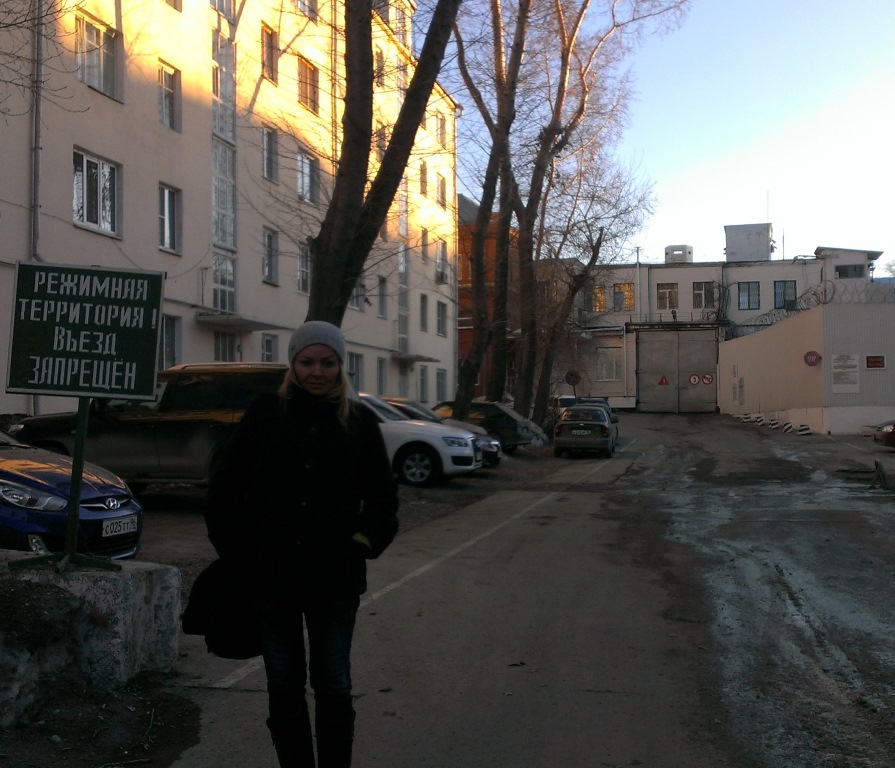 On 29 March 2015 members of Public Monitoring Committee of the Sverdlovsk region: Dmitry Kalinin and Larisa Zakharova visited the penal colony № 2 in Yekaterinburg as a part of the project «Public service for penitentiary control».

Inspection began with regular obstacles for defenders at the entrance. Officers were keeping us for 45 minutes.

Having looked through log, defenders didn’t see a record from 27.03.2015 about visit by other members of Committee: A. Manasov and O. Pavlovich.

Dmitry Kalinin and Larisa Zakharova inspected working units: units of wood and metal workings, vinyl windows assembly. Convicts were without respirators even if there was dust in the air. Also convicts didn’t have gloves on their hands. Defenders asked to show their hands: no wounds or cuts but anyway it’s dangerous.

Defenders didn’t see fire alarm and paging system in all the units. In burned-out unit apparently there was no either. Fire extinguishers were there, dates of the last check: 2012 and 2013. It’s necessary to check with law but officers said that every year they must do it.

Besides there is no ventilation in the premises but administration showed defenders a window like here is ventilation. Electrical cables are not set into cable passages. It seem to be dangerous.

At the main office of the penitentiary near the entrance defenders noticed only 10 smoke alarms. When they looked into one of the offices there were no smoke alarms at all. At some places you could see hanging cables and wires.

At the squad № 5 defenders inspected several living units: no smoke alarms. Fire extinguishers have the same date: 2011 and 2013. Dmitry Kalinin tried kissel (Russian soft drink), according to him: tastes like at home. Also defenders tried fresh bread: good either. For dinner inmates had mashed potatoes and fried herring.

Maybe it would be right to shut down temporarily the facility in order not to put inmates in danger. Officers work there on their own free will but convicts are detained there by state which doesn’t care about their safety for some reasons.

member of Public Monitoring Committee of the Sverdlovsk region