On 26-28 March 2015 as a part of the project «Public service for penitentiary control» there was a trip of experts of Fund «For convicts’ rights protection» and members of Public Monitoring Committee of the Sverdlovsk region: Larisa Zakharova and Svetlana Malyugina to Ivdel  and Sosva in order to provide convicts with legal help as well as to conduct public inspection.

On 27 March 2015 human rights defenders visited the penal colony № 63  as experts of Fund where they checked prisoners who are under control of defenders and also those convicts whose relatives had addressed to experts.

In general, experts were supposed to meet six inmates. It turned out that one of them: Sergey Demakov on 25 March was transferred to the Samara region; from two inmates officers brought refusal statements; defenders could have meeting with three inmates. As for convict Mikhail Tregubov, officers refused to bring him for a meeting due to time: it was 5 pm. Administration didn’t want to do it after that time. Even if they had already had prosecutor’s decision on correction of found violations.

The same evening members of Committee inspected the penal colony № 62 where they checked 11 inmates in the solitaries. All of them arrived at the facility in March 2015. It has been already their second time in the solitaries. Apparently, they didn’t agree with conditions of this place.

Inspected solitaries, cells under strict control, everything seems to be the same. At some cells repairs were done but anyway the same small windows and lack of ventilation.

All the cells require big repair.

At the cells under strict control repairs have not been done at all. As jailers said they wanted but hadn’t had time due to disestablishment of the facility.

There are no doctors, only physician’s assistants-common problem with shortage of people.

Premises of the squad № 3 are partly with crumbling setting coat.

General opinion is the facility requires full repairs before new inmates are transferred if the Federal Service for Execution of punishment makes decision to keep it.

Inspection ended up with convicts’ consultations with those who wanted to. They all had complaints about failure to send out mails, to get medical treatment at the prison hospital. Several inmates complained against head of the security department: Talanov who orders to discharge from hospital inmates who are undertreated. 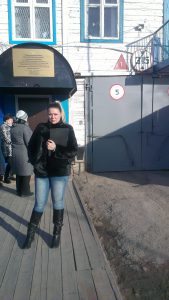 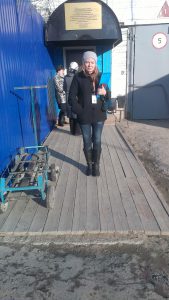 Defenders have made inspection act; filed complaints to prosecutor office and other law-enforcement bodies.