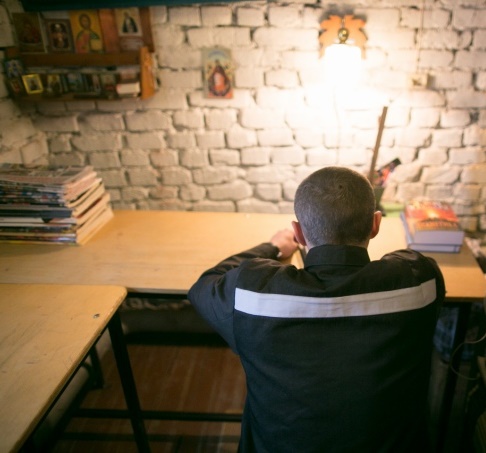 Court hearing about the case of two residents (17 and 20 years old) of Susert area in the Sverdlovsk region has just begun.

According to press-service of the regional investigative committee, in June 2013 at night 17-years old accused together with his 20-years old friend raped 17-years old girl-resident of the Chelyabinsk region. After rape they killed underage girl.

Besides, 17-years old man is charged with rape of his young sister. Thus, according to the case materials from 2011 till 2013 he has committed sexual assault against her.

In this criminal case attorney Vladimir Kapustin represents the interests of the accused. In the course of investigation from father of the accused and accused himself statement has been received which says that police had got confession from him with help of physical abuse in the pretrial detention center-1 in Yekaterinburg.

Here is testimony of underage accused Ilya Sh. which he prepared for appearance at court; they were put down by attorney.

—“I admit my guilt upon sexual battery against my underage sister according article 132 of the Criminal Code of the Russian Federation.

It happened when I was also minor. I was only 12 years old and I couldn’t realize what I was doing. It lasted till 2013. It just happened.

At the present moment I have realized gravity of offence, criminal character of my treatment towards sister. I repent. I’m guilty towards parents. If it’s possible I beg them to forgive me, if not…

Perhaps, in accusation different dates of my crimes might occur, because it has lasted for years. I do not want to challenge them, because the most important that facts of sexual battery had taken place. I repeat that I admit crime against my sister. If it was possible, I would ask to special order of court decision making.

I don’t admit rape charge in the case of Ekaterina Chukhontseva. I didn’t admit it in the first place. I didn’t admit it when I was arrested upon the case of my sister Polina. I went to do lie detector of my own free will. It showed that I don’t lie. After being for three months in the pretrial detention center-1 in Yekaterinburg I have admitted facts of rape and murder, written full confession and lead investigator to place of crime: bridge in our village.

It all happened after I was beaten by three inmates in the cell of the facility where I was taken by officer-on duty, he also took me back. They not only beat me but also they threatened me with tortuous rape. Before and after several officers and operations officer “worked” with me. They didn’t beat me personally but they threatened me with words and practically they fulfilled it with help of three inmates.  You might ask me how I knew details of the crime. In the village everybody knows about place of the crime, place where she was hanging. During conversations with operation officer he was telling me how it was. I told what they wanted to hear and something I added from my imagination. Thus, I said that I had hit Ekaterina with pipe and as if I murdered her with it. Then we hung her on the bridge.

But you know that I made it up, nobody hit Katya. According to medical examinations, her death was caused by hanging. And by self-hanging, two expert examinations tend to this version. Only after persistent bewilderment of investigator, one report was finished with notes about possible adaptation of self-hanging. I inform you that I don’t have experience in it. I didn’t do it. Investigation appointed more than 30 expert testimonies in court, medical examinations. They examined my clothes, shoes, lining of car, my blood and urine. They checked circumstances about second accused Kozlov. No examinations stated my implication in a crime.

Till present time despite all my statements and appeals into Investigative Committee, Prosecutor office, courts, no state bodies want to investigate facts of beatings. Prosecutor office keeps silent. 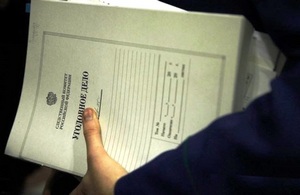 Judge of Leninskiy regional court Antropov in his decision from 16.01.2015 stated that ruling of second investigator Kulakov (27.10.2014) to be legal upon refusal to initiate criminal proceedings against operation officers and investigator Koynov. Judge ignored my statement about identification, facts of beating in order to obtain confession, refusal to initiate criminal proceedings. But I complained about those facts especially about beatings by three inmates. Appeal of my defender Kapustin from 25.01.2015 has not been considered yet.

That’s all what I wanted to say. ”

We will be informing about this case here.