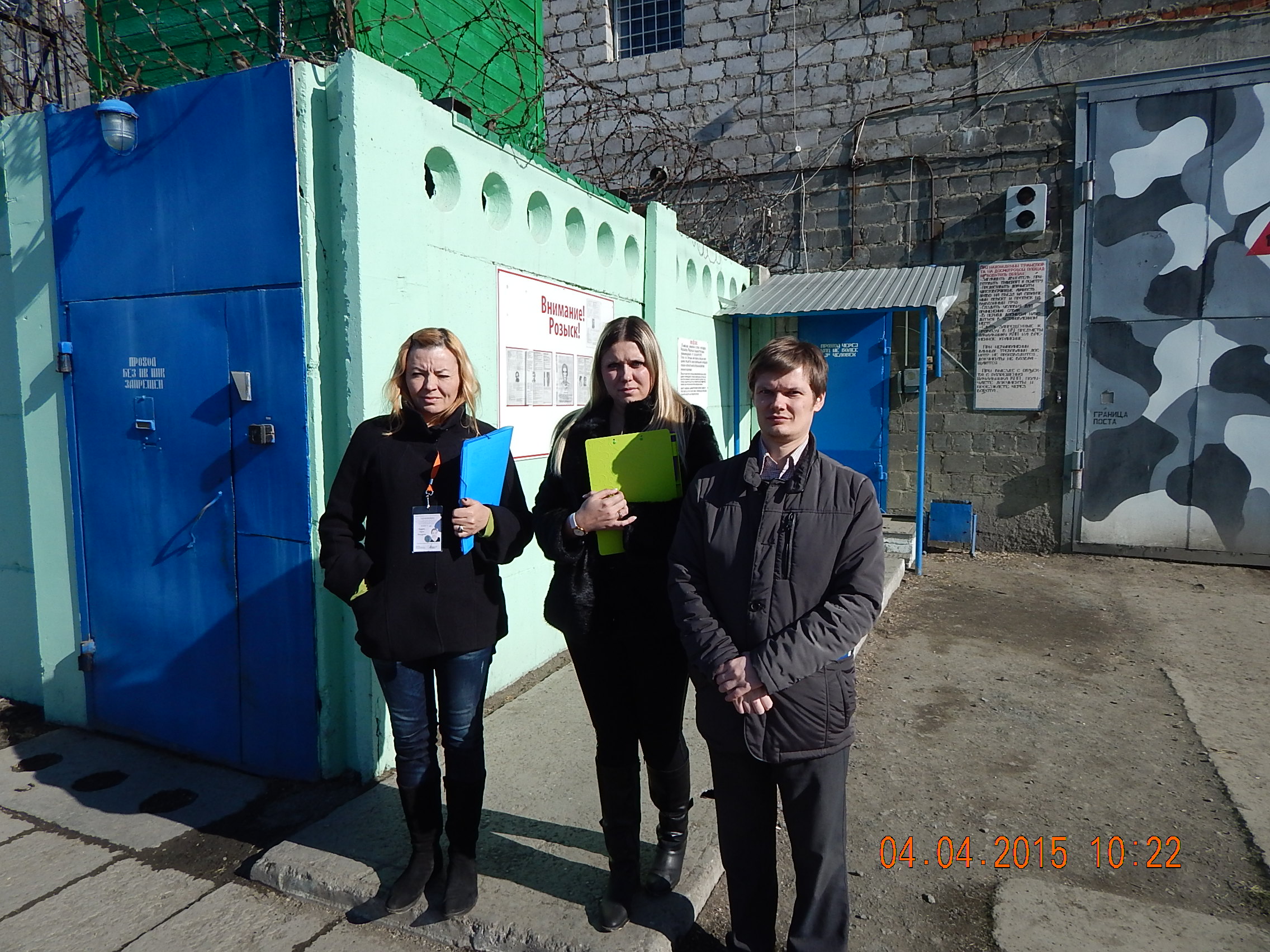 On 4 April 2015 members of Public Monitoring Committee of the Sverdlovsk region: Anton Kudryakov, Svetlana Malyugina and Larisa Zakharova inspected the penitentiary-54 and  the penitentiary-53 as a part of the project «Public service for penitentiary control».

Public inspection began in the morning in the penitentiary-54.

The reason was scheduled inspection, of course and several appeals of convicts’ relatives.

Defenders walked through all the squads; there are 9 of them including the squad with invalids.

They noticed that no squads except have smoke detectors; there is no forced-air system. Apparently, convicts who theoretically step on the way of correction may have more rights to be safer. Even invalids don’t have this right.

Air exits in the walls are painted over partly. In the squads it’s very breathless and hot due to the absence of ventilating. Especially in the room for educational work. Defenders recommended to set temperature controller on the radiators.

In the squads-4, 8 wash-basins are missing. In the squad-3 noticed old dirty mattresses which are supposed to be changed.

According to deputy chief, nobody is in solitary and ward-types room.

Checked canteen, tried local meal. For breakfast- mulligan stew. It was bitter a little because of oil. Home-made bread was delicious.

Defenders saw dark spots from wetness on the ceilings. It requires repairs. 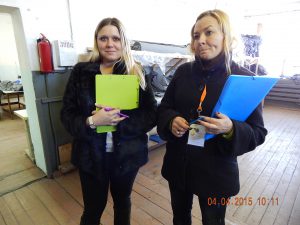 Premises operating as the pretrial detention center defenders decided not to inspect, now even old one works in order to cope with a overcrowding issue.

They inspected medical department where were 9 people undergoing in-patient treatment. No complaints.

Number of inmates in the special squads increased by 300 people.

Checked bath-house. It was obvious that administration of the facility repaired 3 showers and it was great. Members of Committee recommend not to be satisfied with what has already been achieved and to go on repairing stuff. Any persons want to have a hot shower.

At the library there are several bookstacks. Also there is literature in law including the Russian Federation Code of Criminal Procedure, the Correctional Code but unfortunately from 2013. It’s necessary to up-date texts of laws.

Besides, defenders found a book with rules of appeals to European Court of Human Rights. We are wondering if inmates know about these books at the library?

Defenders passed two brochures in invalids’ squad: «Rights of invalids» and «Norms on clothing allowance». Books were taken by deputy chief in order to check whether they have forbidden information.

Despite external well-being, one thing caused anxiety that all the inmates keep silence and sad. They answer questions together and usually only: Yes or No. They drop eyes, no emotions on faces. Like mute slaves. The same inmates are at the penal colony-2.

The main traumas of convicts are injuries and fractures due to fall from stairs. At the premises operating as the pretrial detention center defenders the main traumas are bruises on a face and cut hands.

Defenders drew inspection report. All found violations were registered in log of visits. 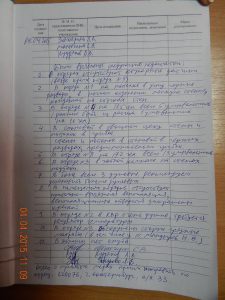 We should point out that administration didn’t obstruct us, officers were polite and friendly.

In the afternoon members visited the penitentiary-5.

It was time for lunch and they started checking from canteen.

For lunch they got mashed potatoes and cutlets.

It turned out that about 1,5 weeks change of milk, curd and eggs for butter is going on. Such change is allowed by Application № 8 to Order of Ministry of Justice of the Russian Federation from 02.08.2005. However, it is going on way too long. Milk, curd and eggs are not the same as butter; there are no proteins in butter.

Besides, defenders found that in stock carrots are missing. Out of groats there is only wheat groat.

As positive points, one month ago own macaroni manufacture began. There is a bakery which helps to feed inmates.

Human rights defenders inspected the squad-5 under usual conditions; also there is no forced-air system. They say it’s supposed to be here. Defenders have another opinion. Federal Rescue Service should solve this problem.

Special attention was paid to convicts in solitary, ward-type rooms.

In solitary there are 28 people and this is much more than used to be.

In ward-type rooms there are 6 inmates, four of them left for trials.

One convict addressed to defenders with request. He wants them to assist with new «roommate», because it’s very boring for him there. Defenders said about it to officers.

They again told about beatings by jailers; it has even name: show in masks.  Convicts explained how it happens usually. Inmates are taken out of a cell; bags are put on their heads in order they cannot see punishers; inmates are made to kneel and without a word punishers hit them in legs, back; use shock baton.

In opinion of one beaten inmate, they do it in order to frighten and to show who boss is there.

On 6 February 2015 physical abuse also was applied against two convicts after what they cut necks.

Convict Mouldy Khabayev gave video explanation where he was telling about his imprisonment the penal colony-2; about discrimination in the penal colony-53 where he was beaten on 15 January 2015 with batons by officers. Jailers shove his beard showing that they don’t respect his right to freedom of belief.

Khabayev explained that he was religious man and it’s very important to maintain the customary observances: to pray, have a mat and wear a beard. But for some unknown reasons administration shaves him.

According to p. 14 of Rules of Internal Conduct convicts are allowed to wear a short beard. Besides, constitutional right to exercise religion and act according to his religious beliefs including wearing a beard is in effect and shall not be restricted if it doesn’t constitute a threat to national security.

However, to wear a beard is not a threat to national security. Defenders call on administration to provide convict with a right to observe his religious things.

Recently Khabayev has been put on preventive list as extensionist of extremists ideology. Administration couldn’t explain defenders on what grounds such decision was made. They referred it to some secret grounds.

Khabeyev asked defenders to keep an eye on him and assist with visit of the representative of Chechen Republic.

In the end of conversation, his convict who is father of four sons said that he worried about their kids, wife and old mother. He lives because of them.

The last convict was young man who is about to release but he is scared for his security because he also had been a subject to physical and psychological pressure by administration.

He doesn’t know where to go after release; his parents are gone and there is no place to live. He used to live at the an orphan home after mother’s death.

Flat where they used to live with mother, gone somewhere; nobody replied on his requests. This issue should be solved by defenders.

From convicts of ward-type rooms complaints were the following:

-Administration doesn’t permit to keep cigarettes at the cells; even if there is a decision of prosecutor allowing to do.

-Officers explained that inmates can order newspapers and magazines on their own.

In general administration was as usual polite, no obstructions found.

Upon all found violations, application of physical force defenders will file claims. 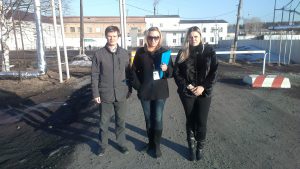