MENUMENU
Главная News Colleagues, what am I supposed to do?
Поделиться
Твитнуть 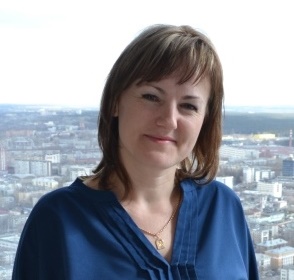 I have been  a member of Public Monitoring Committee in the Belgorod region since September 2014 and still I cannot exercise the rights assigned by Public Chamber of the Russian Federation and Federal Law-76 from 10.06.2008.

Since September 2014 I have not participated in meetings of Committee even once. I don’t have an opportunity to find out rules and regulations of Committee. All my attempts to get in touch with my colleagues in order to inspect correctional facilities failed because they refused with preliminary approval of Chairman Gurov. I haven’t visited even one facility.

In my opinion, in the Belgorod region since 2008 established «System of public inspections controlled by the Federal Service for Execution of punishment» run by Aleksandr Gurov.

According to available information, all the complaints from convicts and their relatives are being «solved» by Chairman who speaks to prison wardens on the phone. As Aleksandr Gurov states, wardens promise him to resolve each problem but in fact nothing happened.

For Gurov there is only one rule is polite treatment to discontent people and promises of «promising future».

Rare inspections come down to regular excursions in the cars.

I’ve tried to get on with «team of defenders», called them and met but everytime they sent me to Chairman who just promised: «Don’t worry; we are going to check it». Chairman does not respond to my written requests.

I met with chief assistant of the Federal Service in the Belgorod region: Vladimir Shulgin for discussion of public inspection in the region. During the meeting Shulgin asked my vision of works in the field of human rights and if I was going to follow the Chairman? It surprised me a lot. Shulgin realized that basis of work is Federal Law «On public control…», and as a result, my request to put information about me as a member in the colonies was turned down.

I’ve sent written requests with complaints from convicts and their relatives to the Chairman Gurov ( the penal colony-7 in Valuiki, the penal colony-5 in Belgorod) where inspections are required on constant basis. Complaints are about inappropriate medical treatment, detainment conditions, and sanitary issues.

On 28 February at the colony-5 in Belgorod there were protests among inmates; they cut themselves; demanded to stop unlawful actions of jailers (at night officers were beating  inmates).

On 20 March I and Larisa Zakharova, she is representative of «Transregional center of human rights» arrived at the penal colony-5 in Belgorod. According to information, 25 inmates launched a hunger strike.

But what can such the Chairman do? To my mind he can only obstruct real defenders and imitate work.

How to win over «iron logic» of the Chairman based on old fidelity to the Federal Service which has nothing to do with human rights.

This situation made me address to You because today I am the only one who is trying to change colleagues’ minds with diplomatic ways and make them fulfill their duties as Russian Law requires. Unfortunately, these are lost efforts. One soldier does not make a battle.

Due to this fact I’ve addressed to the Public Chamber of the Russian Federation asking to change current situation and guarantee me conditions to do my job.