Today on 15 April 2015 in Yekaterinburg there was a meeting of members of Public Monitoring Committee of the Sverdlovsk region with Ombudsman of the Russian Federation: Ella Pamfilova.

Ella Pamfilova addressed to attendees; she thanked everybody for contribution in the field of human rights protection. Her speech was short. Ella Aleksandrovna wanted to hear members of Committee more telling about problems. 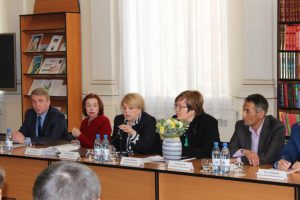 Speeches were different. Somebody «sings praises» to local Ombudsman Tatyana Merzlyakova. Somebody wants to speak about anything except important stuff in order to drag out meeting and not to give an opportunity to deliver speech for all the rest. Somebody is interested in amnesty  and disciplinary issues. There were some suggestions to «clean out» Public Monitoring Committee because of incompetency of several members. 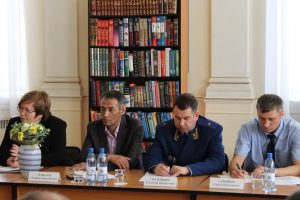 Member from the Sverdlovsk region Olga Dianova spoke out about obstacles for release for dying convicts; about methods of illegal psychiatry. 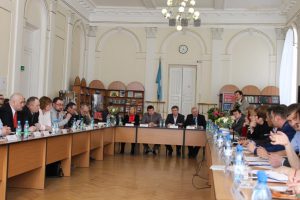 Larisa Zakharova worried about necessity for CCTV cameras in the facilities like solitaries etc.

In her opinion, it’s essential in order to keep security in there. Especially to keep inmates from abuse of power of jailers. 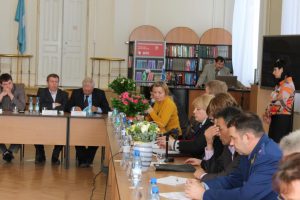 Despite tight schedule of Ella Pamfilova, most of active defenders could make points about problems in the correctional facility.

Defender from Saint-Petersburg Boris Panteleyev put forward an idea about similar meeting in his city.

Oksana Trufanova from Chelyabinsk informed Ella Pamfilova that situation is very tough in the Sverdlovsk region. There are tortures, beatings and humiliations in penitentiaries. As a proof, Oksana gave an example with convict B. who had arrived from the colony of the Sverdlovsk region with spinal fracture. 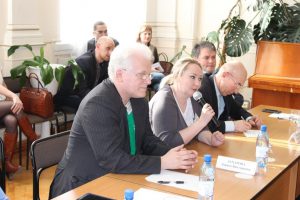 The last one was Director of association «LEGAL BASIS» Aleksey Sokolov who opened important question: split in Public Monitoring Committee of the Sverdlovsk region and its consequences. 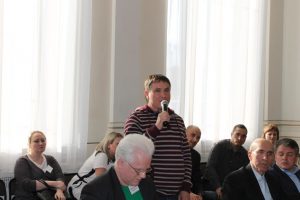 Ombudsman put down the main information.