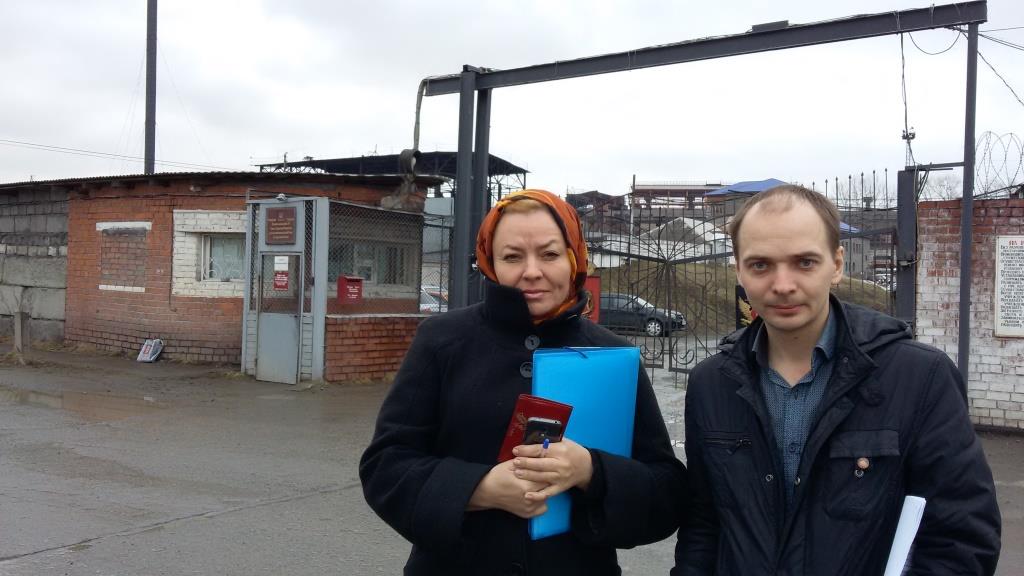 On 24 April 2015 there was a human rights trip of members of Public Monitoring Committee of the Sverdlovsk region: Vasily Rubakov, Larisa Zakharova and Director of Association «Legal Basis» Aleksey Sokolov to the penal colony-5 in Nizhny Tagil.

There were 16 people including convict Tepishev arrived from ward-type rooms of the penal colony-63 which were shut down due to court decision. Now Tepishev goes on crutches, after «fall» and further «medication» at the penal colony-55. Among first-timers defenders found a convict out of «activists» who was in-duty in the squad-12B. What was he doing in the quarantine zone, he could not explain. 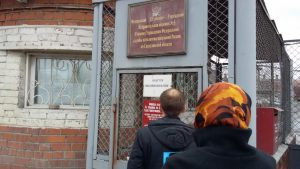 Later defenders inspected convicts in the squad-13C. This is high security squad with convict on-duty from the squad-12B. It should be noted that at such colonies as 5, 47 and 63 inmates working as cleaners and on-duty stand out as strong-built and tall people.

Then defenders visited the squad-13B, so-called «educational» squad or «second quarantine» with people who require special attention from administration.

During inspection defenders discovered law violation: no smoke detectors  as well as no air inlets which may lead to fire hazard.

Checked the squad-9. It is usual squad where floor repairs are underway; no air inlets, no smoke detectors. Mattresses don’t look well and date of commissioning is 2010.

They managed to check only car workshop. No complaints from people working there. Relevant logs were okay. Representatives of administration walking with defenders could not answer questions about how they prove that they would hand in personal protective equipment in case of emergency, for instance gloves and respirators.

On the way back defenders inspected convicts in solitaries; there were 5 people. Among them — convict Egemberdiyev transferred into solitary because of we guess his «activity» about protection of his rights.

From the cell-9 convict Selikhanov wanted to talk to defenders. During confidential conversation he told that after he addressed to members of Public Monitoring Committee about pressure on him, officers drew a paper that he was two minutes behind time because he was praying. Also he said that 2 or 3 days ago two officers called him up; they represented themselves as officers from the Federal Security Service. These «officers» asked if he complained about anything and who advised him to address to Public Monitoring Committee. In the end they told him: «Watch out. Do not deal with Public Monitoring Committee».

All the walls in solitaries are covered with humps which violate sanitary condition of premises.

Defenders visited a room for short-meetings where Aleksey Sokolov said that jailers refused to give to inmate a sheet of paper and pencil.

Defenders were not allowed to have a look at logs of incidents and crimes as well as to visit medical department. Reason was that member didn’t have a notification, but notification had been filed through the Federal Service for Execution of punishment.

Based on results of inspection members of Public Monitoring Committee made act of inspection, filed claims in different bodies.