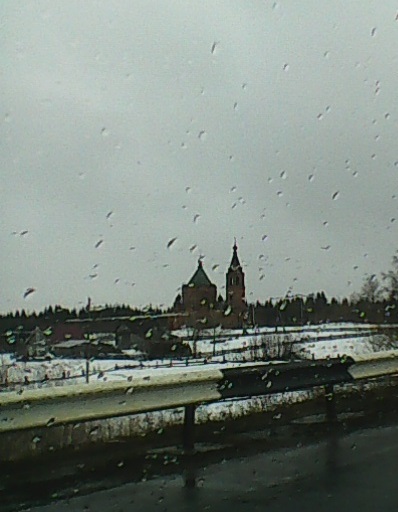 Appeal to members of Public Monitoring Committee in the Perm area

On 21 April 2015 I happened to be in the Perm area. It was a dull day with drizzle. Around me there were wet and grey houses, people were in grey clothes. Kind of harmony: people are in tune with nature. I was there due to not so good reason.

Me and human rights defender Yuri Gaidarzgi from Penza were there together. He asked me to help him out with inspection of convicts who had sent him numerous complaints. I on my own have worked on more than 50 claims from convicts serving their sentences at the penal colony-11 in the Perm area. There were deep pain and suffering, bewilderment of what is going on.

I read these letters and it’s getting scarier and scarier. Over the last six months five inmates died at the tuberculosis unit which is a part of the penal colony-11.

«80 people with tuberculosis, half of them are seriously ill patients, hospital wards are overcrowded, in a ward 12 m in size 6 patients lie. There stinks of feces, dampness from basement; walls are cold, window frames are rotten; draughts. The only one «entertainment» is mice. Regular nutrition is overcooked porridge. There is no dietetics. One of the convict wrote that since he arrived at there, he has not seen curd. Also a problem with parcels and delivers. On-line shop operates. But inmates don’t have a chance to spend their money from their account in order to buy food or basic consumer goods, because patients cannot use on-line shop. They cannot transfer money, it takes a month. In winter it’s cold, radiators don’t warm up. Since last year convicts cannot have a denture. Dentist showed up, pulled teeth out and prepared them for denture treatment. Next time dentist refused to deal with denture because administration assertedly forbade to do it. Convicts cannot eat solid food. As a result, a stomach upset, gastritis, stomach ulcers. There are no professional doctors. For example, urinologist. Convict suffers from constant strong pain. Doctors don’t pay attention.»

This is a short description of convicts’ complaints. To verify information defenders have to meet with administration. But, as usual, response to my requests about meetings with inmates is the same: we don’t give permissions; go to Perm, if the Federal Service for Execution of punishment allows; we will do it either. Jailers don’t want to talk about patients’ condition like it’s not your business.

the next day representatives of Ombudsman’s office came to see the facility. As I was informed, only one was admitted inside; it was former prisoner. The second officer of Office have human rights «roots»; he was not let inside. We will find out results later.

I have a question to members of Public Monitoring Committee in the Perm area: if you don’t have an opportunity to inspect colonies, say it out loud-why. If you don’t have money; you may open an account and people including convicts’ relatives will collect money on your trip. If you don’t have desire to work, leave human rights organization. If you are honest human rights defenders, don’t fake off, just work harder.

As for two colonies in our reports we say about lack of living space. Have you brought up a question about conditions at the penal colony-11?

In 1989 I was at burns unit. It happened that in May-June 1989 this unit got flooded with patients with burns. All the wards were overcrowded, patients were lying in the corridors. But one month later, it became easier.

That’s why I can imagine situation with patients at the penal colony-11. They might lie under such conditions for years.

It is not right to live this way. I’m waiting for a response.

expert of «For human rights», member of Public Monitoring Committee of Republic of Mordovia