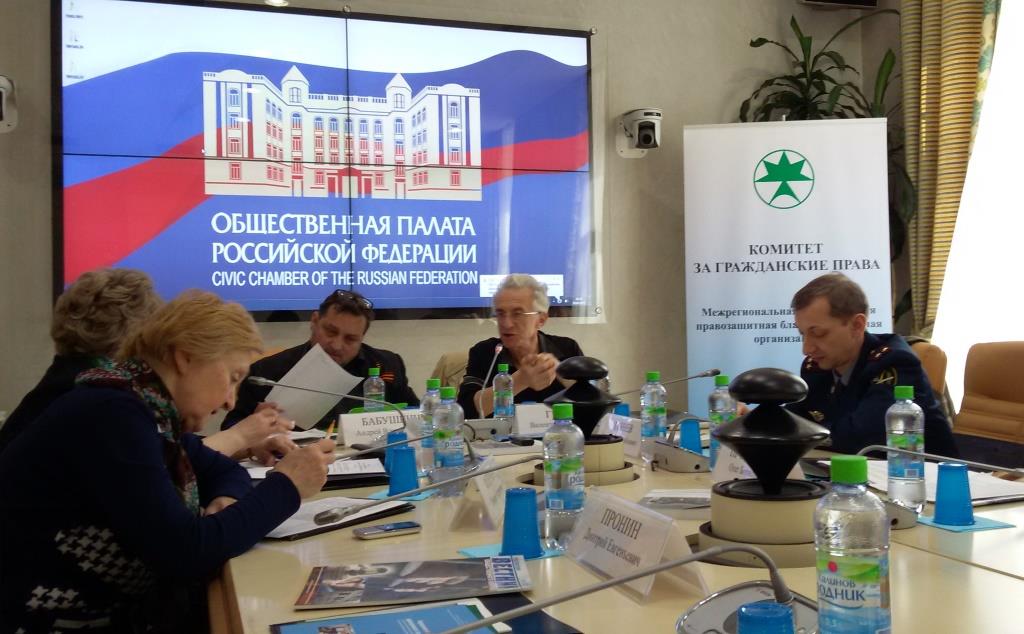 On 30 April 2015 a panel discussion was held at the Public Chamber of the Russian Federation where  defenders, lawyers and representatives of the Federal Migration Service were discussing problems of foreign citizens placed in special institution for temporary accommodation of foreign people for further deportation and readmission.

Recommendations on public inspection of Rules for Accommodation for foreign citizens at the special facilities of Federal Migration Service have been put forward. 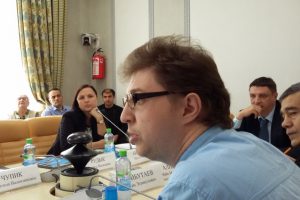 By governmental decree from 30 December 2103 № 1306 «On establishment of Rules for Accommodation for foreign citizens who are subjects to administrative expulsion from the Russian Federation at the special facilities of Federal Migration Service » were set appropriate statements.

Practical application let to point out some violation of human rights.

To correct a violation participants of panel discussion recommend:

1.1 to issue a protocol for liaison between them and Public Monitoring Committee

2.1. adoption of internal rules in the special facilities not by its head (as it’s supposed to be under p.2 of Ruling) but the Federal Migration Service in cooperation with General Procuracy of the Russian Federation:

2.2. to edit part 2 and 3 with «At the special institutions there are living conditions for foreign citizens which meet demands about hygiene, sanitary and fire security as well as human dignity and rights in general». 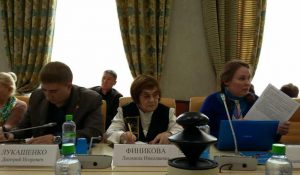 2.3. to add in p.4 words about premises with information stands where foreign citizens may see rules and duties of them, besides contacts of bodies where they can address to.

2.4. in p. 10 a right to use cell phone not less than once a day should be mentioned; officers should provide foreign citizens with chargers for phones.

— detainment in cells is not possible;

2.6. in p. 13 foreign citizens with marks of mental illness are should be isolated only in a case of danger to others.

2.7. in p.14 in a list of people who may be at the same institution to add uncles, aunts and nephews of the same gender.

2.9. in p. 18 to add that a citizen having bodily harm, should be registered in special log of incidents and injuries; one copy is given to a citizen; another one goes into personal files, and one more goes to Prosecutor office with explanations.

2.10. in p.19 time for medical examination on tuberculosis should be shortened to one day.

-control for individual program of disabled if there are invalids;

2.13. in p. 24 to mention that it’s forbidden to put people who might infect each other.

2.15. in p. 29 to add: «Medical staff do daily check-ups in order to inspect sanitary conditions of premise».

2.16. in p. 31 to cross off words that medical records are given to foreign citizen only if he asks for to do it.

2.17. in p. 34 to add that patients are provided with medication which facility possesses if it is necessary or prescribed by any doctors.

2.18. in p. 41 to point out that foodstuff, medical and sanitary provision is given according to standards of the Russian Federation.

— to send complaints about decisions made my bodies;

-to receive books and periodicals;

-to receive board games;

-to buy food stuff or necessary stuff for their own money or transferred by relatives.

2.24. to add words: «it’s forbidden to employ foreign citizens in the facility without their agreement».

2.25. in p.47 to set that foreign citizens are kept into facility until appropriate decision about administrative expulsion comes into effort but not for more than 3 months.

2.26. to set that foreign citizens cannot be held into locked premises.

These recommendations are at the stage of discussion and in final form they will be sent into different bodies.