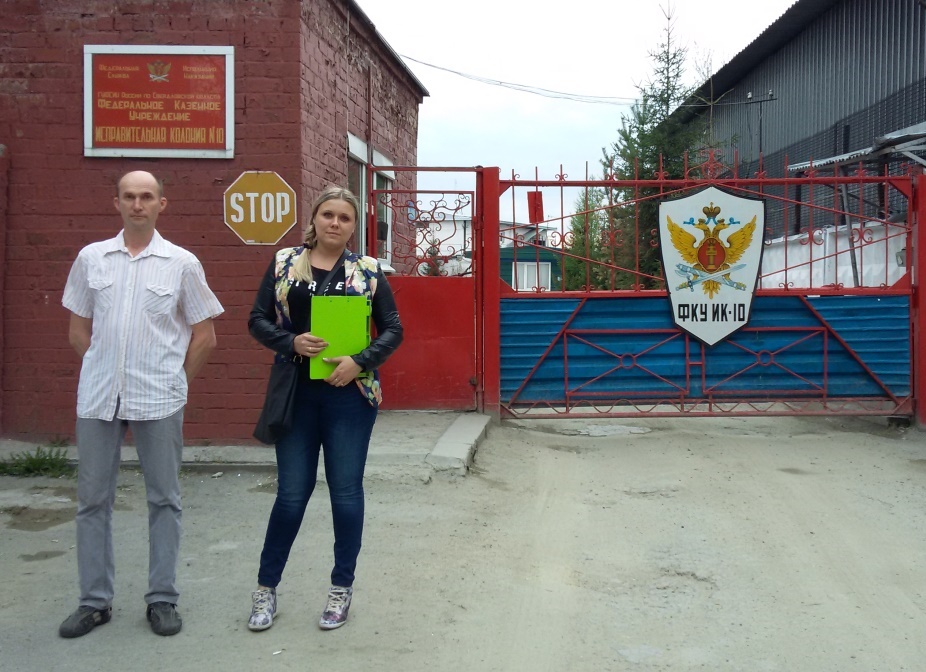 On 4 May 2015 members of Public Monitoring Committee of the Sverdlovsk region inspected living conditions of the pretrial detention center-1 and the penal colony-10.

The first facility was the pretrial detention-1 inspected by Svetlana Malyugina and Dmitry Kalinin. During public inspection many violations were found. Thus, at one call bathroom fitment are broken, the next cell doesn’t have a washbasin.

During inspection a convict has addressed to defenders and told that he used to be a victim in criminal proceedings against high-ranker from the Federal Service for Execution of punishment and according to court decision he is supposed to serve his sentence outside the Sverdlovsk region.

However, in violation of court decision, this convict was transferred into the penal colony-19 of Tavda where he is under physical and psychological pressure. Besides, administration has lost his papers which he sent into different state bodies. Over the last year he didn’t get even one response to his appeals and complaints.

Upon this fact defenders will send requests into relevant bodies.

Later defenders: Svetlana Malyugina and Sergey Kirillov visited the penal colony-10 which is located in Yekaterinburg.

In the penal colony-10 defenders checked quarantine zone, solitaries and high-security squads where they were talking to inmates.

There are 4 people in the quarantine zone who have just arrived at. No complaints found.

At the high-security squad there are 14 inmates. Defenders have met many of them before, earlier they used to be at the penal colony-63.

At the ward-type rooms there are 7 people. Compared to previous inspections number of offenders is growing. There is not enough light. On the ceiling there are yellow stains. Also there is no private space.

A convict complained that he couldn’t send his correspondence and he was not given documents from court.

About all found violations defenders drew a report and they will file claims.