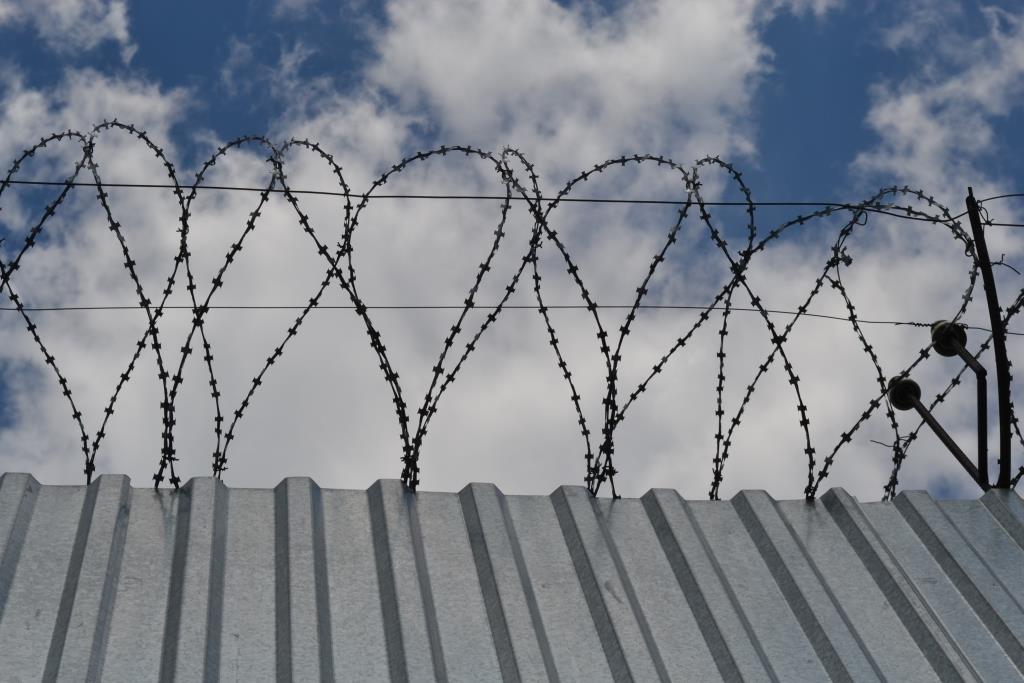 On 12 May 2015 at night human right group consisting of members of Public Monitoring Committee: Larisa Zakharova, Svetlana Malyugina and Director of Association «Legal Basis» Aleksey Sokolov made their ways to the east of the region.

Defenders were not admitted inside of the penal colony-19 for 1,5 hours; it was a special «gift» by Head of the facility: Sergey Zavadskiy who thinks that defenders have to walk about 3 km to talk to him. 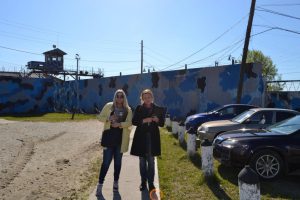 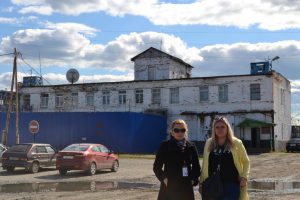 They began inspection with high security squad. Inmates are divided into groups what violates Ruling on squads.

Later defenders checked solitaries where they noticed that after numerous complaints, private space was separated with curtain. Also they saw water tanks, however there was no water inside.

In the course of inspection of solitaries Larisa Zakharova helped a convict with lodging a complaint about administrative supervision.

That convict complained that in November 2014 Sergey Zavadskiy applied a physical force towards him. After what he was subjected to disciplinary punishment and he turned from a convict with positive behavior into flagrant offender.

Convict Ya. addressed with a complain that he could not send out his papers of criminal case, he also mentioned that administration sends documents if only they like them.

Convict Chirkov told he still doesn’t know what had happened to his complaint about beating by officer.

We should point out that defenders have not received yet complaints which inmates sent last time (it was on 1 February 2015). 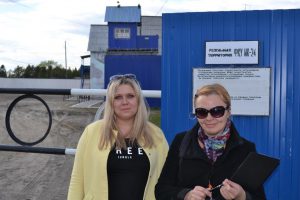 There will be two departments soon: internal medicine and surgery. But still it needs some corrections and after it hospital will be functioning.

The next day, on 13 May 2105 defenders arrived in Irbit where they checked the pretrial detention center-2. 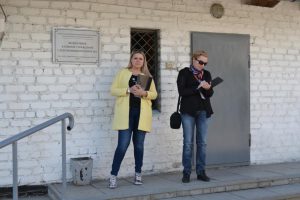 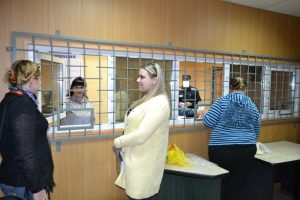 Inspection began with a receive-transfer room; it was clean and tidy. 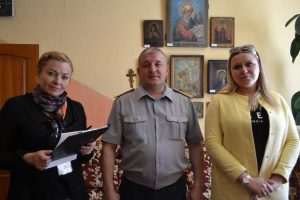 Defenders went to administration of the facility where they discussed a work plan; after Larisa and Svetlana left for inspection.

They walked through two buildings; detainment conditions meet standards. It is not overcrowded. 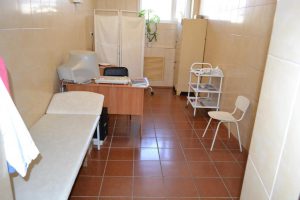 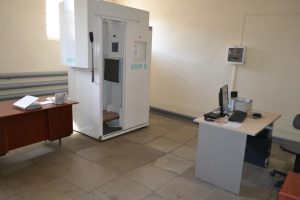 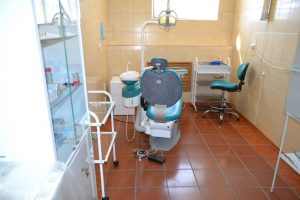 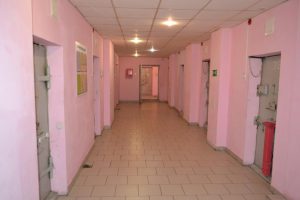 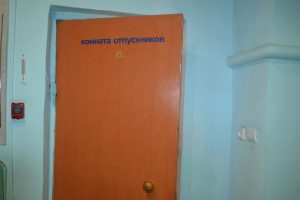 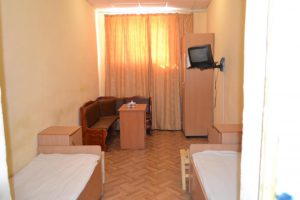 At the end of inspection defenders visited investigative rooms. They were surprised that law was observed properly; timing for meeting and legal help was observed also according to Rules of internal conduct. 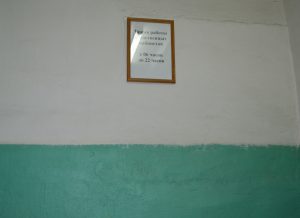 From Irbit defenders headed to Vostochnyi settlement where they inspected the penal colony-52. There Aleksey Sokolov met with a convict whom defenders have supervised since 2012. This convict is about to release soon. Aleksey provided him with consultation on resocialization. 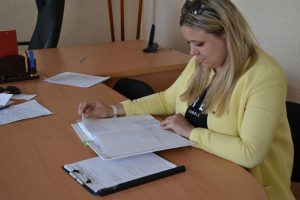 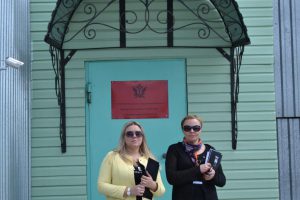 Defenders checked premises and solitaries’ inmates. There were six people.

Besides checked high security squad and squad-2/3 (for invalids); no complaints about living conditions. One of the convicts has not had a passport for more than 20 years, he lives a prison life.

Last time he served at the penal colony-63 where he asked to make a passport. Unfortunately, he still doesn’t have it.

So far 6 months are left before his release and he will be without important document. 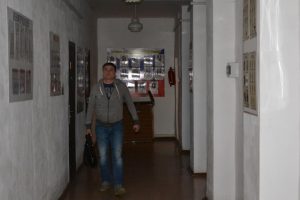 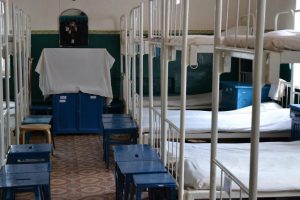 Defenders noticed that at the colony phone call procedure is organized well. There is phone booth at each squad and inmates don’t have problems with calls.

On 13 May in the evening defenders could visit the pretrial detention center-4 in Kamyshlov. It was obvious that nobody expected to see defenders. However, administration didn’t obstruct.

The facility consist of two building, one of them is in critical condition.

At the next building defenders randomly walked through cells, visited inmates. One inmate addressed with complaints about lack of medicine and health impairment. Premises require repairs and smoke detectors. 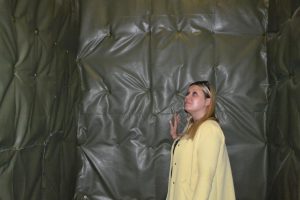 Later defenders left the facility for Kamensk-Uralsky. On 14 May 2015 they visited the penal colony-47.

Aleksey Sokolov met with convicts and provided them with legal help. Svetlana Malyugina and Larisa Zakharova checked quarantine zone, squad-1 and solitary with two people only.

At squad-10 it was airless, small windows were not open. Defenders asked officers to open them for fresh air.

But before defenders tried to do on their own. Thus, inmates may get fresh air only with help of officers. This convict said that doctor even doesn’t show up there.

At squad-1 there is not fire alarm. It puts lives of inmates in danger.

Defenders drew inspection reports, copies of them left to administration and sent to the Federal Service for Execution of punishment. 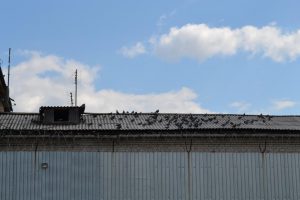 In general they have checked five correctional facilities and two pretrial detention centers for three days; consulted 10 convicts and two officers unofficially; inmates have been given legel literature: magazines «Vestnik. For convicts’ rights protection» and handbook «Basic right of convicts». 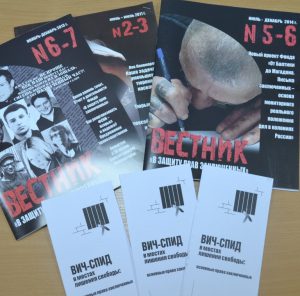 Summing up results of human right trip, defenders didn’t find any facts of physical abuse. No problems with access. No cases with «convicts-activists». Even if defenders know that at the penal colony-47 they are still  active.

Defenders have conducted activities as a part of the project «Public service for penitentiary control» and «Assistance in human rights protection at the correctional facilities, legal help and legal consultation».