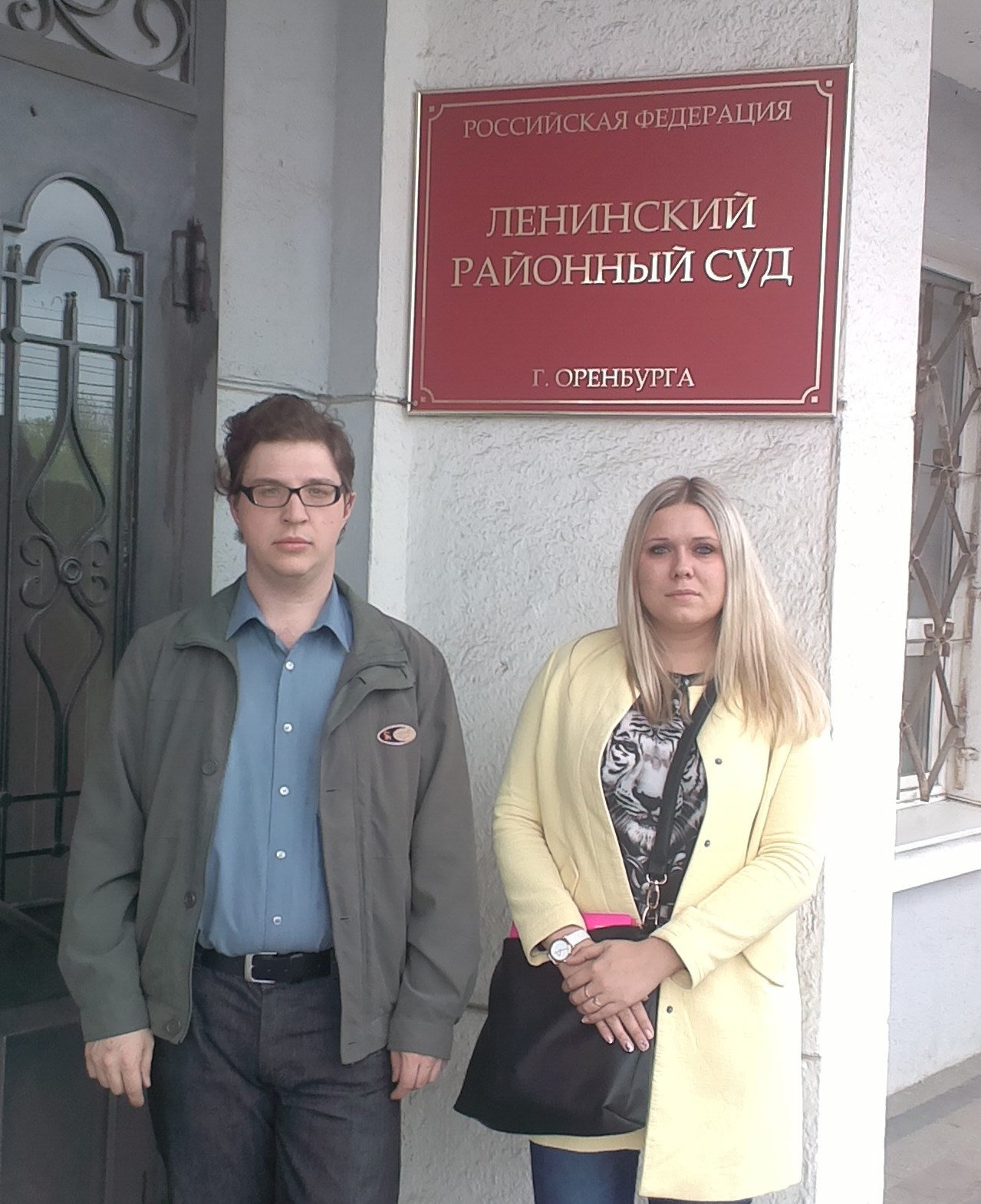 On 8 May 2015 human right group: expert of Fund «For convicts’ rights protection» Svetlana Malyugina and lawyer Roman Kachanov visited Orenburg to take part in court hearing at the Leninsky regional court. The reason was to challenge actions of the penal colony-8 in the Orenburg region as well as to provide inmates with legal help.

In December 2014 Svetlana Malyugina as a representative of Fund and attorney-in-fact of Pavel Neupokoyev tried to meet with her client who is serving sentence at the penal colony-8. However, she was not allowed to do it.

Earlier the Zheledorozhny court of Yekaterinburg satisfied claims of Svetlana Malyugina to declare actions of warden to be illegal. Court also place warden under obligation to correct situation and provide with a meeting.

This time court hearing ended pretty fast. The thing is court needed more time to study arguments of the parties and new Charter of Fund.

Next court hearing is appointed on 21 May.

The same day there was another trial upon denial of access for Larisa Zakharova on 22 December 2014. The same result: court was put off.

Arguments of the penal colony are the same: human rights defenders don’t have a right to meet with their convicts. Despite all the success  at courts, Orenburg jailers keep fighting with defenders.

On 21 may 2015 defenders are going to be in Orenburg and prove them wrong.

This trip has been organized as a part of the project «Public service for penitentiary control», supported by Grant allocated by «Civil dignity».