MENUMENU
Главная News the main reason of riots at the special facility for migrants is...
Поделиться
Твитнуть

On 15 May 2105 due to mass riots at the special facility for temporary accommodation of foreign citizens in the Sverdlovsk region, human rights defenders arrived at again: Larisa Zakharova, Svetlana Malyugina and Director of Association «Legal Basis» Aleksey Sokolov.

Also other members of Public Monitoring Committee: Vasily Rybakov and Aleksandr Anikin were there. They had to wait at the gates before administration permitted.

When it finally happened, defenders went inside where they met Ombudsman of the Sverdlovsk region Tatyana Merzlyakova and her deputy Elina Rudenkina. They were conducting inspections as well. 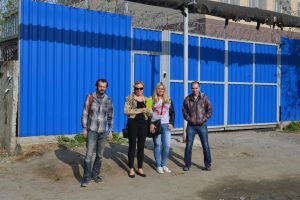 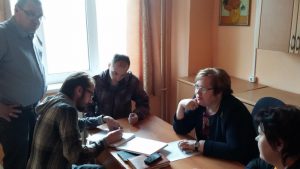 Defenders discussed with head deputy of the facility difficult situation; after which they were divided into two groups and checked living conditions, talked to people who yesterday yelled out the windows words about rights’ violations.

Complaints remain the same: overcrowded premises due to what many of people are forced to sleep on the floor, lack of medical treatment, hot water, restrictions on meetings with relatives and parcels, absence of legal help, no air, ban on phone calls and complaints. Most of complaints were about bad food, long detainment due to a fact that foreign citizens don’t have enough money on ticket back home. 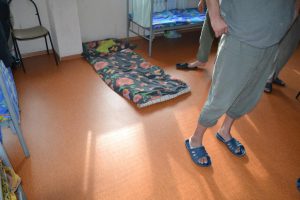 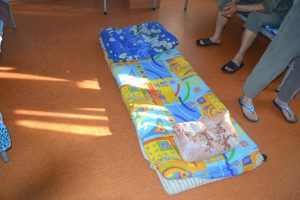 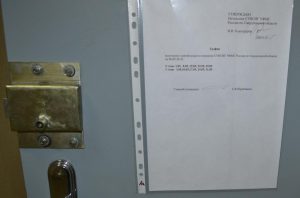 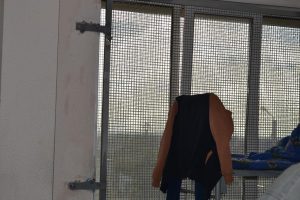 There are some people who haven’t had shower for two weeks. One doesn’t have a table, a chair and furniture in general. Others complained about beatings by officers. According to them, on 14 May 2015 about 9 pm six officers came in the room and beat them with batons. One said he had been beaten by Head of the facility. In fact defenders noticed bodily harm on him.

Larisa Zakharova and Svetlana Malyugina went across almost all the premises of the 2 and 3 floors with migrants. Defenders found out that Ombudsman talked to several migrants who didn’t complain about physical abuse.

There are some good changes, in particular part of «arrested» wear their clothes and officer feed them better. 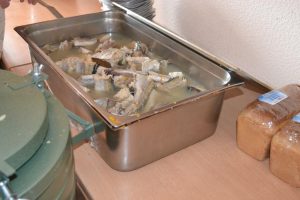 Defenders have got more than 12 written complaints from migrants.

Inspection of this facility ended with sad news. At hospital of Yekaterinburg a young man from the special facility died of severe disease complicated by HIV; he didn’t get antiretroviral therapy to get through disease.

On question from defenders the Federal Migration Service answers that «medication is provided according to Government Ruling from 30.12. 2013. No HIV medication on the list.» So if you are not citizen of Russia, medication is not for you.

Defenders drew an inspection report and left necessary records. In addition, Larisa Zakharova and Svetlana Malyugina will file a claim into Prosecutor office. 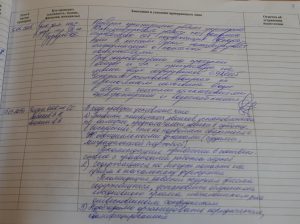 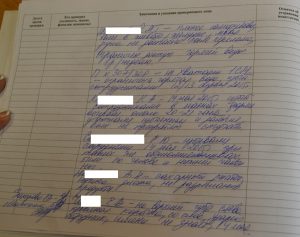 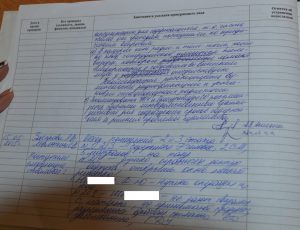 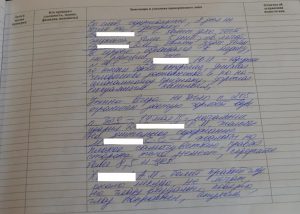 Opinion of defenders stay the same: Head of the facility Vladimir Blagodarev is to blame for it. He established prison rules in there, apparently because he used to hold an office at the penal colony-2 in Yekaterinburg.