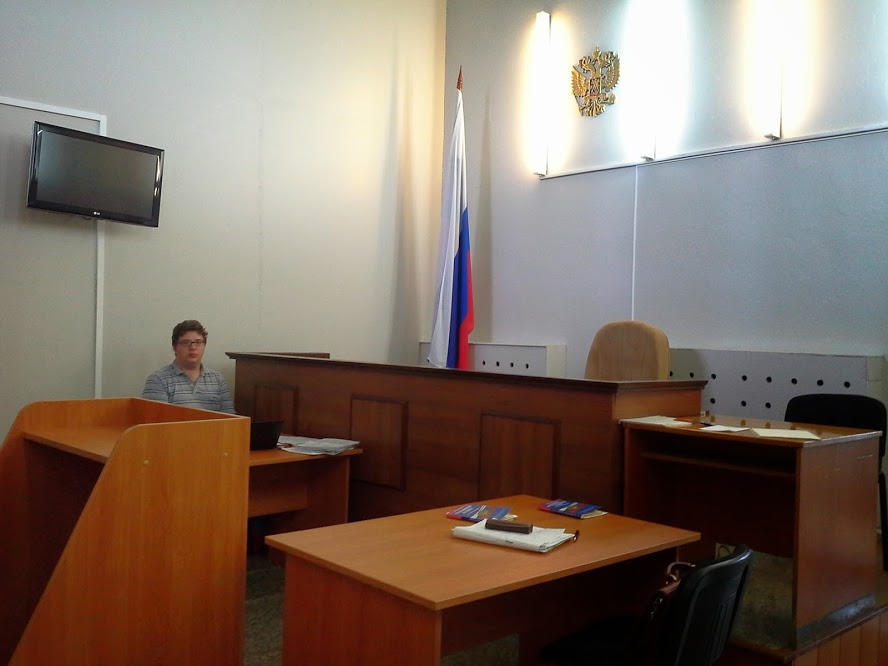 On 20 May the Perm court dismissed the appeal of Boris Stomakhin about decision by the Chusovskoy court (judge S.V. Azanova) to reject statement asking to declare actions of administration to be unlawful (preventive list incident).

In the beginning of court hearing lawyer Roman Kachanov made a motion to question a witness who had arrived from Yekaterinburg-entrust of Boris Stomakhin: Gelb Edelev. He met with convict at the penal colony-10 and could give important testimony about convict’s health condition, details of communication with Boris as well as with administration. Edelev was ready to give explanation that Boris Stomakhin due to his health condition is not able to escape from the prison. Besides, Edelev met with client at the penal colony-4 in the Nizhegorodskaya region where Stomakhin served his sentence since 2008 till 2011. Edelev saw how he suffered from spinal fracture; he was released from work due to health problems and was not on any preventive list. He did not take steps to escape.

Since that time his health condition has gone even worse. He can move only with a walkimg-stick allowed by administration of the penal colony-10.

Besides, Kachanov made a motion about specific decision delivery addressed to judge S.V.Azanov. This judge has dropped the case into court of appellate jurisdiction what violates duration of proceedings. The Perm court stated that this motion would be allowed in the end of court hearings, however after court decision judge even did not mention it.

Roman Kachanov pointed out violations of jailers in details which make preventive list for Stomakhin be groundless and unlawful.

Court admits fact of illegality of actions: “Type of preventive list is missing on the record from 03.09.2014 and record from 01.10.2012 doesn’t contain type either but it doesn’t violate rights of Stomakhin. In addition, such form of record is not provided by laws.”

However, Roman Kachanov mentioned types of preventive lists which Boris Stomakhin might be put on.

During making a motion, representative didn’t know about violations concerning preventive list. Idea that “such forms of records are not provided by laws” also cannot be reason for conclusion that contested actions are inconsistent with legal requirements.

Further, court says: “Court doesn’t see any violations in work of committee”. But this conclusion cannot be true.

In written explanations from 27.10.2014 Boris Stomakhin mentioned that he hadn’t been at the committee meeting where they had made decision about preventive list.

According to p.32 of Preventive list instruction for prisoners, established by Ministry of Justice from 20.05.2013: “At a committee discussion in the presence convict must be heard out: officer who filed a request to put a convict on preventive list and other officers who can characterize this convict. Besides if a convict wants, his explanations must be heard out”.

Thus, according to Instruction administration had to bring Boris at these discussions.

It follows that twice he had been deprived of the opportunity to participate there and give explanations and it violates norms of Instruction.

Thus, contested actions contradict the requirements of legal structure. Contrary to court opinion about “lack of evidence about violation in committee’s work which might influence decision”, fact of Stomakhin’s absence is instruction violation.

In view of the above, lawyer Roman Kachanov came to conclusion that challenged decision of the Chusovskoy court from 19.12.2014 must be cancelled and demands of appellant satisfied.

Roman Kachanov is determined to keep challenging the decision of the Perm court. Besides, he thinks to challenge Instruction at the Supreme Court because it violates convicts’ rights.