On 26 May 2015 as a part of the project “Public service of penitentiary control” members Public Monitoring Committee Olga Dianova and Larisa Zakharova visited the penal colony-2 where they randomly checked detainment conditions of 1 and 2 department of surgery and intensive care.

In one of the wards there is a convict from the penal colony-47 who on 1 April was transferred to intensive care department with head injury. For a month he has been at the regional prison hospital. He has huge scar and tumor on the head. He said he didn’t remember anything. Investigator never shows up despite application filed by him on 21.04.2015. One month passed by.

In other wards there are different convicts: one without both legs, he said that he didn’t have medical examination; another one after surgery was lying on tiny bed.

Also defenders inspected solitary; three inmates got there after they had conducted protests: one cut his veins, second jumped out of the window.

Then defenders checked high security squad with 11 inmates; it seems that life goes separately from the facility.

In general, with new administration changes were obvious. Repairs were everywhere: offices and canteen were under construction. New warden and his deputy apparently did everything to change each detail there.

Defenders saw sad picture later: from canteen slowly-slowly were walking inmates with head down. They put hand on shoulder of convict going ahead. It was humiliating.

Defenders will make a report about what they have seen as well as complaints into Prosecutor office and investigative committee. 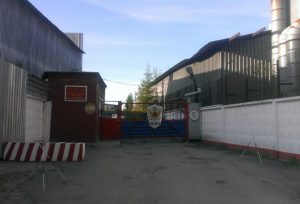 Defenders arrived at the penal colony-10 where they inspected cells and inmates in solitary; three of them were going to be transferred. Defenders couldn’t see them.

Having walked through cells, defenders noticed that lighting is getting better but access to fresh air is not available.

Besides, toilets are separated only with one divider and it violates a right to privacy; under toilets there are video cameras which also might be psychological pressure on convicts.

Checked high security squads where night and day blocks are supposed to be but it’s not.

In the end defenders talked to inmates. All the complaints and comments have been left in report and special log.