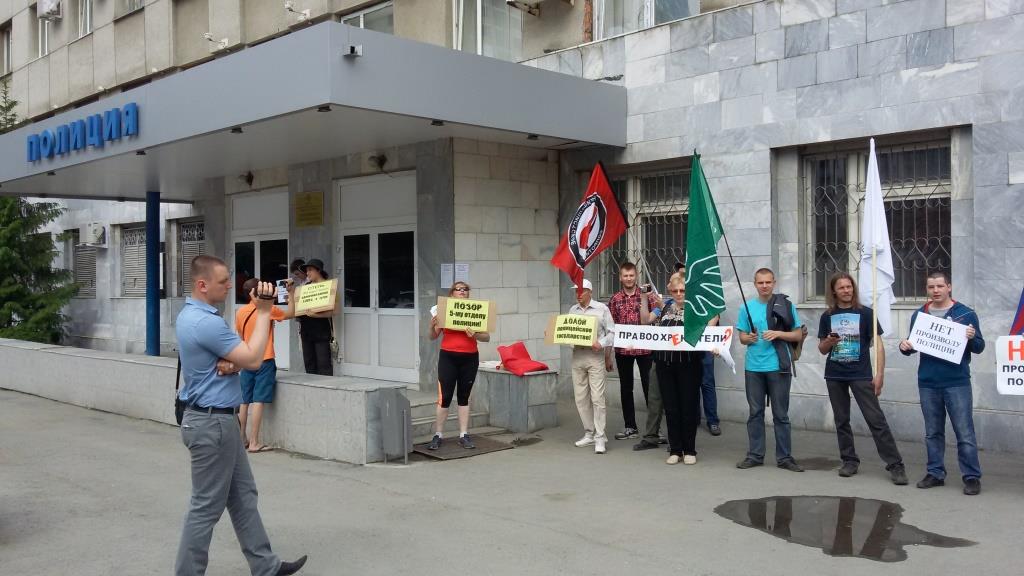 On 30 May 2015 in Yekaterinburg a picket was held near the police department-5 against police abuse of power.

Defenders decided to respond in this way to mass arrests of people in May 2015.

The picket began at 3 pm and was supposed to be till 6 pm as it had been planned by Yuri Izotov. A team of Yekaterinburg defenders lined up next to the building with posters. It was going quietly and peacefully. They were shouting out: “Police, observe human rights”, “Shame on police” etc.

After 4 pm an officer came out of the police department and began asking questions. Then an officer from city administration joined him; he warned protesting people about consequences after picketing. 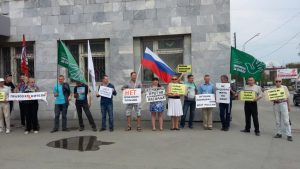 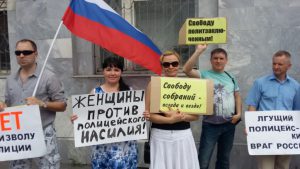 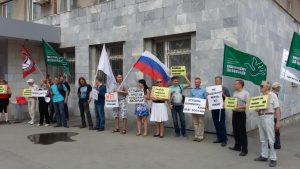 Police officer and administration officer Katorzhin went back in the building and participants kept shouting. In 5 minutes more policemen showed up and ordered Yuri Izotov to go with them. Participants asked to explain reason for it but there was not answer.

Policemen grabbed Yuri and dragged him into the building.

Defender Elena Shukayeva says: “It happened because police officers didn’t like what picketers shouted out. Officer ordered to bring Yuri inside as an organizer. They dragged him and shut the door. Officers refused to open the door even to his defender Roman Kachanov.”

Lawyer Roman Kachanov went to police department and it was impossible to get inside. Roman was forced to shout near the closed door that this facility is state body and not shop that might be closed anytime they want to. 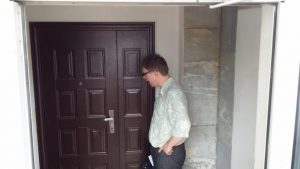 Due to arrest of organizer participants were forced to put away posters and stop picketing.

Defenders will challenge all the illegal actions of police officers.