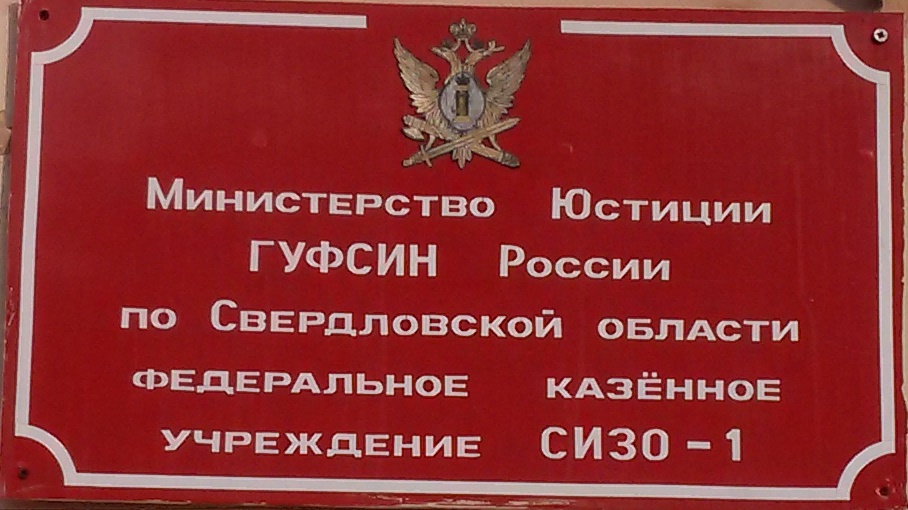 On 30 May 2015, it was Saturday Dmitry Kalinin and I visited the pretrial detention center-1 in Yekaterinburg to inspect people by request of their relatives. And we have plenty of them. Also by request of Chelyabinsk colleagues to check a convict transferred from Chelyabinsk. Several days ago I was not admitted to him as an expert of Fund «For convicts’ rights protection».

There were three people out of our list. The first convict was at the cell-24; he had complaints about detainment conditions due to narrow cells without light; a tiny small window doesn’t help. We can say that there is no light inside.

The next one was former high rank official; his cell can be called VIP-cell. Spacious, light room with plastic windows and separate toilet.

There were no complaints from him; on contrary he asked to comfort his relatives; he is totally fine.

As for Chelyabinsk convict, he had questions about his transfer from another region. He didn’t understand why he had been transferred in the end of his term of imprisonment. Apparently, by order of deputy chief Sergey Surkashev.

Now this convict is afraid that he will be serving his sentence at the penal colony-2 which is known as torture chamber. He asked for human rights defenders’ help of the Sverdlovsk region.

In the course of inspection we drew Report and left records in log; also filed a request about reasons for transfer.