Some people have informed human rights defenders about death of a convict who just arrived at the penal colony-2 (1990 year of birth).

Defenders called his relatives. According to them, they received a dispatch that he died on 6 June 2015. Before that young man was at the penal colony-54 in Novaya Laylya waiting for sentence coming into force. Relatives asked to assist in conducting independent investigation to find the truth and maybe even prevent other death incidents in the facility.

Evgeniy, it was name of dead convict had never been ill and his death was a total surprise. From their petition:

«he got there in the end of May or beginning of June. Last news from him was from Novaya Lyalya…… He regretted having done crime and admitted guilt. He wrote us that he was fine. No complaints from him! The only one thing was that he was afraid of the penal colony-2. Since that time he didn’t get any letters or news from him. The next news was his death at the penal colony-2. We called million times but we can’t get any information. We don’t know even when we can take his body. We don’t know results of thanatopsy. He didn’t have chronic diseases. Strange situation when nobody can tell us cause of death. Why is it so? Everybody knows about chaos in the facility and nobody does anything. We realize we cannot get Evgeniy back with help of this letter but we want at least to help others. We do hope for your help.

Today member of Public Monitoring Committee and expert of Fund «For convicts’ rights protection» Larisa Zakharova met with relatives of Evgeniy near mortuary from where they took dead body. There were not obvious bodily injuries except red hands and bruises on his shoulder. They got death certificate; cause of death is uremia. 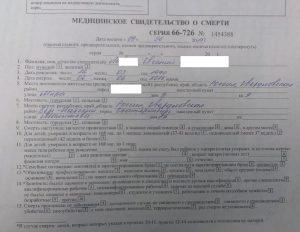 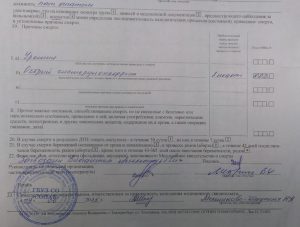 —cause of uremia might be kidney failure due to blood circulatory system disturbance, shock, trauma as well as severe burn, freeze burn or poisoning.

Uremia can be chronic but in this case disease is obvious but relatives say Evgeniy didn’t have it.

As for these facts defenders have addressed  to the Investigative Committee and the Federal Service for Execution of punishment.

We think that it’s too many dead bodies in the facility and authorities must find out reasons.

According to former convicts, wardens are different there but torture practice is the same.