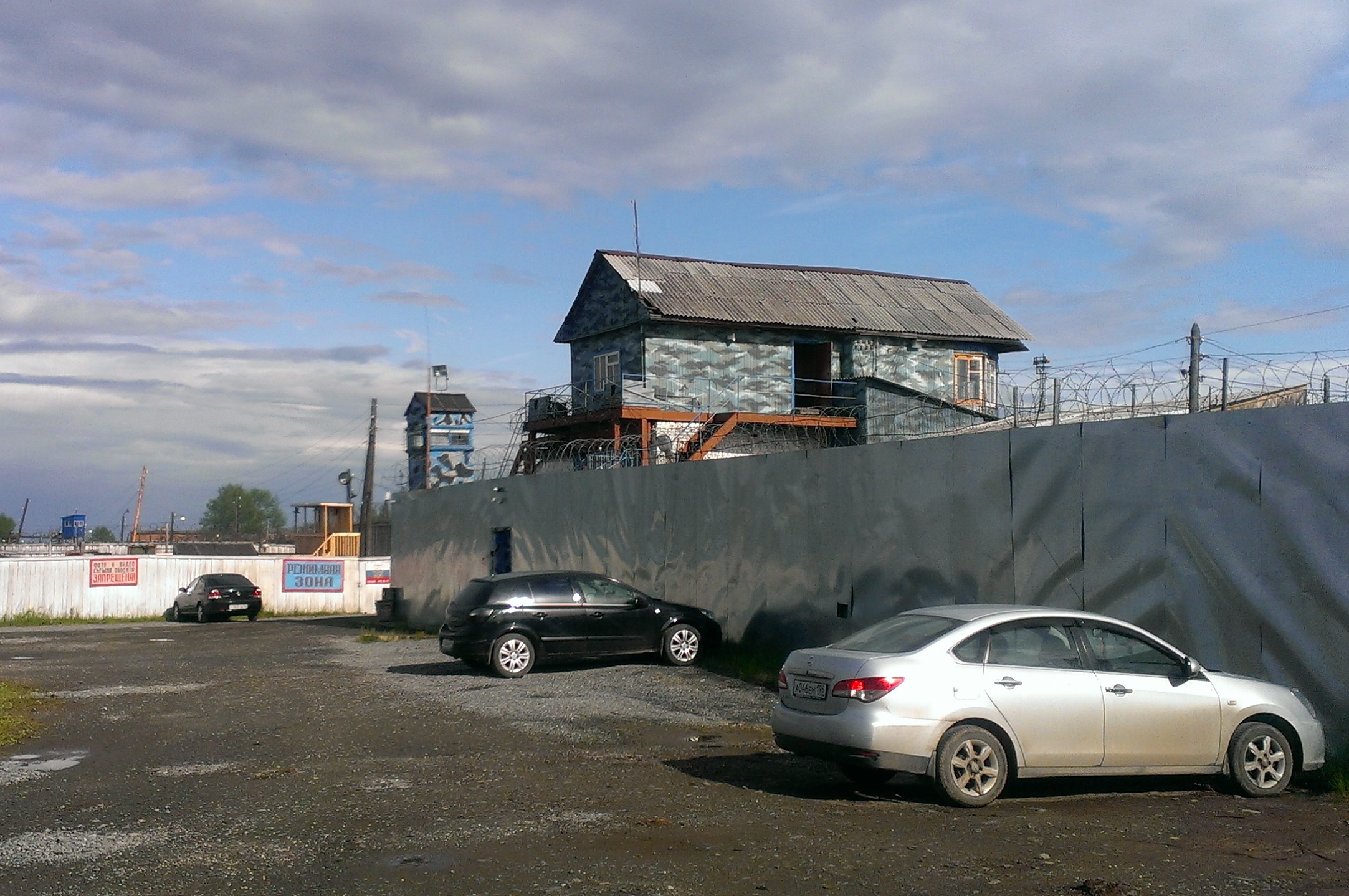 This place is «site of pilgrimage» for Sverdlovsk human rights defenders.

The first correctional facility in their list was «famous torture chamber» -the penal colony-63 where Svetlana and Larisa cannot get for a long time because of authorities who obstruct them.

It was Saturday but long or short meetings were available for visitors, there were a lot of relatives. Pleasant to look at their happy faces after meetings with convicts. Also they are waiting for Doors Open Days: in June and in December family members have a chance to see close person there, walk through squads and observe their inner life. But officers invite not all the relatives, for example if a convict is detained into solitary or high security cells, he doesn’t have this opportunity.

Meetings were held till 5 pm, after that an officer came out and said to defenders that hours are over and they cannot get inside. For the third time experts of Fund cannot make it.

During the day defenders kept track of their location by calling the Federal Service for Execution of punishment and prosecutor on-duty.

In the evening defenders arrived at the penal colony-62 to inspect inmates. There jailers like to use force.

Defenders went to squad-93. Convicts stand again with exhausted faces. In solitaries there were only 7 people; no complaints. One inmate told about unlawful actions of officers, beatings and humiliations. Also he told how jailers force to commit suicide. Especially it «blossomed» in the days of officer Borodulin who is arrested now.

At the quarantine zone there were 51 people; it much more than it used to be; everyone kept silence; no complaints. After jailer ordered to give inmates additional meat, apparently as praise.

This colony also was getting ready for Door Open Days where relatives of convicts trying fight for their rights cannot be.

After inspection defenders drew up a report but they couldn’t leave comments in the log because it was at the front office and it was not working time.

This way defenders spent Day of Russia in the penitentiary.