MENUMENU
Главная News «My brother was being tortured, he has a trace of shocker on...
Поделиться
Твитнуть

In the Sverdlovsk penitentiary, where a convict was murdered, 400 inmates keep protesting. PHOTO

In the Sverdlovsk region it’s not possible to change situation in the penal colony-46 so far where after death of 26-year convict Agbarali Agbaraliyeva about 400 inmates have launched a hunger strike. Agbaraliyev was taken to a hospital with serious bodily injuries after solitary where according to his brother, he had been beaten. 24 hours later he died. According to Ombudsman, one of the reasons for conflict could be refusal of Agbaraliyev to work with prison administration.

Now warden is dismissed and arrested as suspect. We don’t know if this news may calm down rioters. Some convicts keep demanding to carry out independent investigation.

400 inmates for two days have refused to eat after death. He died at the central hospital on 4 July, protest began on 5 July. Number of inmates are 1200 people.

«I saw dead body of my brother, it is all covered with bruises and scratches. On the chest there is obvious trace of shocker. He was put in solitary for 15 days and nights, he was being tortured»,-tells brother of dead convict-Edgorbek Agbaraliyev. Convicts told him that his brother had conflicts with prison administration and «convicts-activists». «Brother forgot to fasten one button, officers began provoking him and as result, he happened to be into solitary. The only thing his family need is independent and honest investigation. 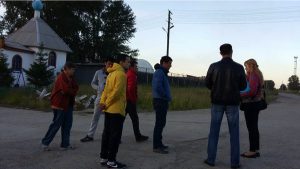 At the Federal Service for Execution of punishment confirmed that 26-year convict was into solitary last week. On Friday, 3 July he complained of malaise. During preliminary checkup doctor found bodily injuries, later decision to take him to the hospital immediately was made. Officially reasons are not named; we will find out them after forensic medicine. 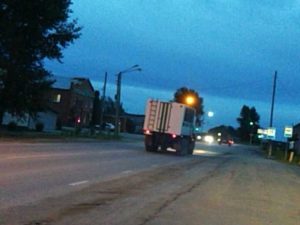 Aleksey Sokolov today have observed situation near the colony; he said that armored carriers, special force units and a lot of policemen arrived there. He thinks that officers try to suppress a riot. Anyway, there is no proof of this fact. At the Federal Service says that situation is under control. 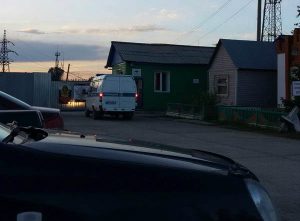 Meanwhile, investigators arrested as suspect warden of the penal colony-46 Ilya Chikin; he was dismissed  after death of convict. According to investigation, «there is reasons to suspect» that Chikin is accessory to crime. Soon he will be questioned.

Now acting warden is Evgeniy Churilov. He is taking cases, complaints from inmates.

Sverdlovsk Ombudsman Tatyana Merzlyakova told that today she has been in the all squads. «There is very quiet. Many of inmates understood situation and were happy with news about warden who is dismissed».

Besides, inmates complained about beatings. «I am determined to give information too law-enforcement bodies about beatings»,-said Ombudsman.

Aleksey Sokolov says that arrest of warden is not enough to stop protest. «They want to get independent investigation by Moscow Committee. Nobody believes that there is a way to fix problem locally. Situation has not changed since 2013 when inmates complained about cruelty».

He added that situation is getting worse when several independent members of Public Monitoring Committee were not admitted inside without any reasons.

Alexander Anikin has different opinion who also was in the penal colony-46. «I don’t see reasons for additional investigation. General Khudorozhkov and other authorities will make everything for a peaceful settlement of a conflict»,-says Anikin.