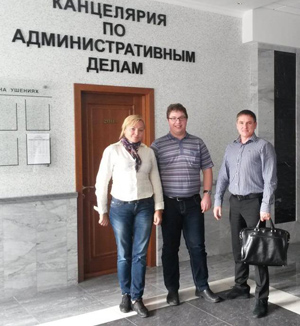 Today world court of the Ordzhonikidzevsky district in Yekaterinburg human rights organization «Legal Basis» has been fined 300 000 rubles  for being in list of «foreign agents». As Director of the organization Aleksey Sokolov told Znak.com, it happened due to administrative case initiated Ministry of Justice because defenders had not registered themselves as «foreign agents».

«We have been included in this list against the will. Besides, we have got fine. Government battered down a nail in «Legal Basis», -says Sokolov.

According to Ministry of Justice, our work is political. «Our inspections of correctional facilities, communication with representatives of the Federal Service for Execution of punishment and human rights protection is political activity aimed to change internal politics of country. It follows that politics is tortures and humiliations for people», — says defender Aleksey Sokolov.

He is going to challenge this decision through courts. «If judge upholds it, we will have nothing to do but to shut down out organization. But I want those who destroyed us (I think it is so) to know that we are like Phoenix. We won’t stop working. The most important is to have a good team.