MENUMENU
Главная News the Federal Service for Execution of punishment knows about murders at the...
Поделиться
Твитнуть 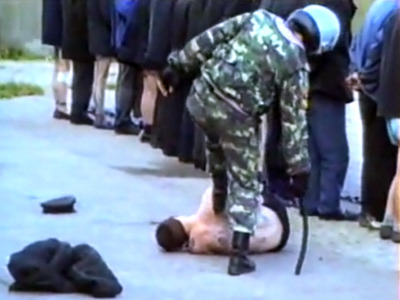 Human rights defenders of the Urals are worried about high death rate in thtuis penitentiary, that’s why they have addressed to the Director of the Federal Service for Execution of punishment asking to influence current situation.

In their petition defenders paid attention to the fact that at the penal colony-2 there is a “tradition” to murder inmates.

Earlier representatives of human rights organizations had already sent the same petition to the Director and received an official answer-2-34580 from 30 July 2014. Unfortunately, no changes. Dead bodies still appear at the facility. Cause of death, which medical workers record, usually is in doubt.

Local prison General Khudorozhkov is not going to take measures to change it. While at the Sverdlovsk penitentiaries “convicts-activists” are setting their rules and killing people by order of prison administration, topic of murders and tortures will be currently central, especially during FIFA World Cup.

Later defenders received response from the Federal Service for Execution of punishment which says that topic of murders is familiar to officers. But what will they do to correct it, officers decided not to tell. Apparently, nothing.

In general, everything is as usual: we know it but we aren’t going to do anything!