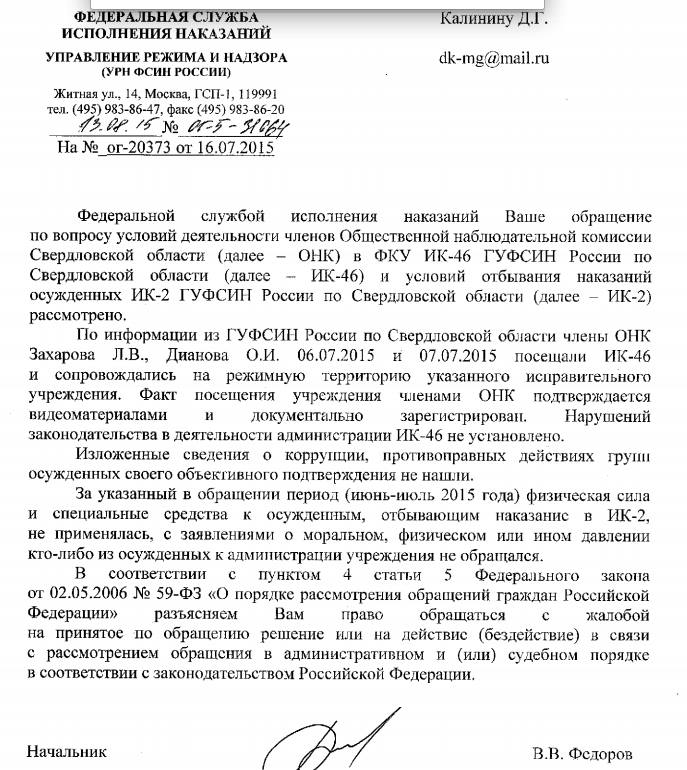 Dmitry Kalinin (member of Public Monitoring Committee in the Sverdlovsk region) has received an official response from the Federal Service for Execution of punishment concerning denial of access for other members of Public Monitoring Committee: Larisa Zakharova and Olga Dianova in the penal colony-46 for public inspection. Let’s remind that on 6 July 2015 massive riots took place in the facility. It happened due to murder of inmate by jailers. That time a lot of defenders and public activists arrived there but only Larisa Zakharova and Olga Dianova were not admitted inside.

As defender Dmitry Kalinin says: “I got the official response upon my complaint in the beginning of July when in the facility inmates’ protest was happening. Lie and shamelessness”.

After reading response it’s necessary to think over: why do we need such officers? People who do nothing.