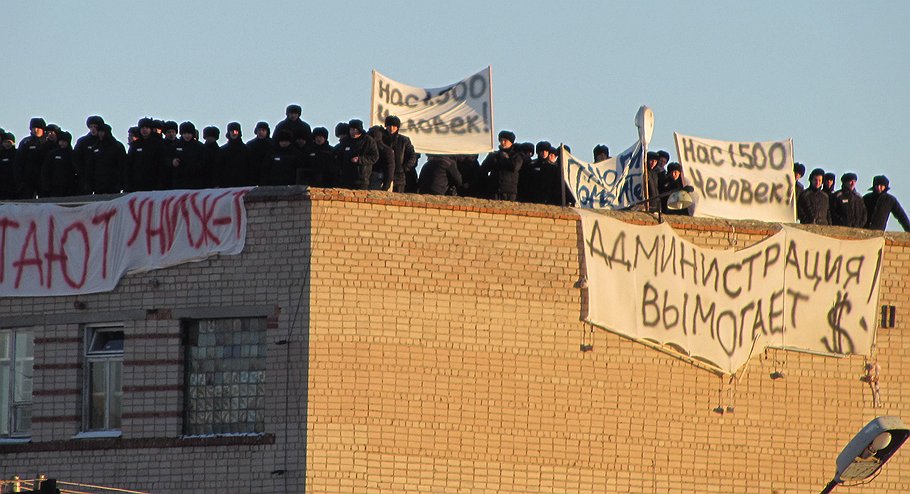 Three years ago in Russia not usual event took place; it was bloodless protest action by inmates at the penitentiary-6 (high security) in Kopeysk in the Chelyabinsk region. Inmates were protesting against tortures by correctional officers. Mass media have written and spoken about it a lot. Human rights defenders across the world had the same opinion about torture chamber as well as Human Rights Council under the Russian Federation President. Later many of them refused their opinion, some of them tried to forget this story. As for inmates, they are still being prosecuted at the Chelyabinsk courthouse.

Warden of this penitentiary Denis Mekhanov (his case was under art.285 of the Penal Code-abuse of power, and art.223 (weapon) has been granted amnesty already twice before the Great Victory. Several prison officers could escape criminal proceedings.

Meanwhile, several prison officers like Konstantin Schegol, Evgenii Zyakhor might be figures of the criminal case. The first one was deputy chief for safety and a figure in the criminal case about beating of an inmate with severe disease at the penal colony-6 in Kopeysk; that inmate died after it). According to inmates of the penal colony-6: Evgenii Terekhin, Denis Lobistk and Artur Sarkisayan, Konstantin constantly used to beat till faint of inmates. They testified but investigation ignored them. In 2012 even “the laziest” mass media published articles about “special order of Mayor Schegol”…

However, in sentence for former warden of the penitentiary-6 Mekhanoiv those facts were reflected but judge Yarygin for some reasons didn’t send materials into Investigative Committee. Apparently, he saved them by order…

Here is echo of those events. Now it happened in another part of the Chelyabinsk region: in Zlatoust, at the penal colony-25 (also high security for new inmates). This penitentiary was “frozen” for some time after discovered frauds by defender Nikolay Schur. It’s not possible to live there because premises had almost been destroyed. However, under strange circumstances “undesirable” inmates from different colonies are transferred here as well as activists from sections of discipline and order: Ishimov and Aminov.

Piles of complaints from relatives are received by defenders that nobody out of family members can get inside the facility. They think that inmates are being beaten. On 20 August Chelyabinsk members of Public Monitoring Committee: Nikolay and Tatyana Schur, Dina Latupova and Aleksandr Yurin visited the facility and published press-release based on results of inspection.

“Impression is negative because for five years of our work we’ve learnt how to identify stressful situation. People are scared. No question, no complaint from them. Nobody asked to call relatives, it causes some thoughts. Soon we need to conduct inspection. Inmates try not to stay with defenders alone. Everywhere we were guided by an officer with a camera and taped our inspection…”

Human rights defender Dina Latupova mentions that instead of 685 inmates there are only 102. “Situation is known, at the penal colony-6 in Kopeysk before riots also nobody complained; they were afraid to be beaten or injured”.

That way the Federal Service for Execution of punishment praises for sadism? They provide criminals with new positions and new opportunities to torture people. It’s shame for Human rights Council under the President, isn’t it?

Analyzing situation, Chelyabinsk human rights defenders concluded that Schegol and Zyakhor should thank for that new deputy from the Sverdlovsk region: Sergey Surkashev.

He is a person who openly hates members of Public Monitoring Committee; he accuses them of provoking riots (it was at the meeting of the Federal Service for Execution of punishment with defenders of the Rostov region and Andrey Babushkin).

According to information, in the Sverdlovsk region he was in charge of sadistic Section of discipline and order. Obviously, he wants to bring back to life “old tricks”. ..